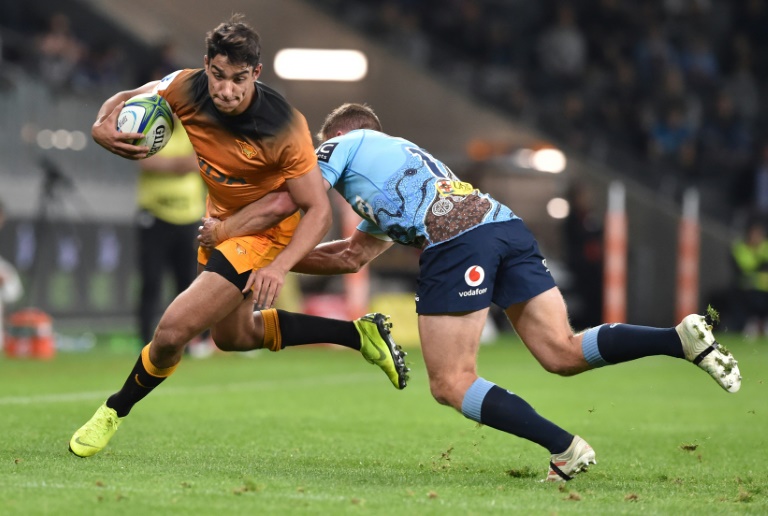 Sydney: Wallabies great Phil Kearns has called for the Jaguares to be kicked out of Super Rugby, claiming they have an unfair advantage as their line-up is so similar to Argentina's national team.

The hooker, now a television pundit, said the franchise had "hoodwinked" governing body SANZAAR and had ended up not only with a strong Super Rugby team, but also a better chance at this year's World Cup.

"They're the national team," the 67-Test veteran told Fox Sports. "They shouldn't even be in the comp.

"This is a provincial competition. Have a provincial team in it -- that's what it's about. It's not about having national teams being in it."

Kearns was speaking after the Jaguares, most of them Argentina internationals, beat his former team NSW Waratahs 23-15 in Sydney on Saturday.

According to Fox, they had more than 1,000 international caps across their squad.

"I think Argentina have been incredibly smart and have hoodwinked the rest of SANZAAR because they're going to have a magnificent World Cup team, there's no doubt about it," Kearns, a two-time World Cup winner, added.

"They've played together for the last three years."

The Jaguares have the third best record in Super Rugby so far and are on a run of six wins from seven games, topping the South African conference by three points from the Sharks.

They entered the tournament in 2016 when it was boosted from 15 to 18 teams. It has since been cut back to 15, with South Africa's Southern Kings and Cheetahs, along with Australia's Western Force, axed.

Kearns' comments come after fellow Wallaby great Mark Ella argued that the Jaguares should compete with teams in their own region, due to the huge travel requirements.

"No other sporting teams in any competition anywhere in the world endure the epic road trips of southern hemisphere rugby nations," he wrote in The Australian.

"In Super Rugby, the Jaguares play in the South African conference, their nearest neighbour, yet it is still 8,000 kilometres (5,000 miles) from Buenos Aires to Johannesburg. It just adds to the sense that Argentina are not where they belong.

"I would prefer to see Argentina play in the Americas Championship with Brazil, Canada, Chile, the US and Uruguay," added the former Wallabies captain.

Ella said the Pumas could still play the All Blacks, the Wallabies and the Springboks in the June Test window, and Six Nations teams in the November Test window.

"That way the Pumas could still experience competition against tier-one nations as well as promote rugby in the Americas, which has enormous potential for the growth of the game," he added.