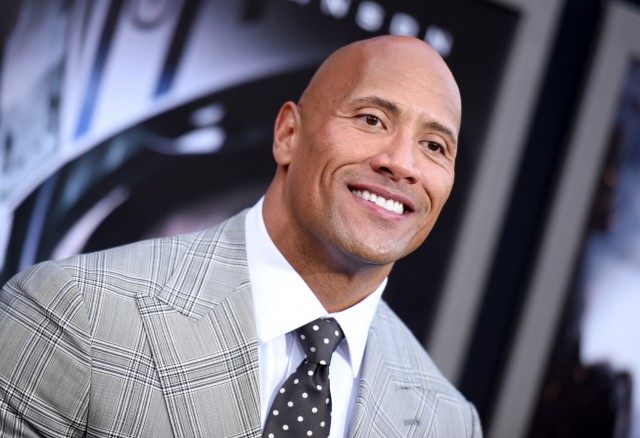 One week after announcing his return to WrestleMania, the pro wrestler-turned-actor/producer announced a new scripted series he's developing through his Seven Bucks Productions company.

Fox has ordered a script for 'Boost Unit', a cop drama revolving around the newest recruit of the LAPD's Auto Theft Task Force, who's a notorious getaway driver with a hidden past.

Described as a high-octane, action-packed hour, the project is said to capture Johnson's trademark edge and humor, along with the turbo-charged speed of the 'Fast and the Furious' franchise, in which Johnson has famously starred.

The project hails from Seven Bucks Prods. and Imperative Entertainment, and will be penned by Jonny Umansky and Zach Hyatt.

Seven Bucks was co-founded by Johnson and Dany Garcia.

The duo will serve as executive producers with Umansky and Hyatt.

Johnson announced the script deal on Instagram on Tuesday, a news-breaking method that's now become typical for the star who's uber plugged into his fans with nearly 40 million followers on his account.

Just yesterday, he announced Kelly Rohrbach's casting in the upcoming 'Baywatch' flick by way of posting a humorous video, which went viral.

In a statement, Johnson said, "We're bringing to life the high stakes street pursuits and grueling work of this very specialized elite task force and we're excited to partner with Imperative Entertainment to combine an epic mix of gripping action and sophisticated storytelling."

Garcia added, "This is a powerful partnership with Imperative.

We couldn't be more excited to work together in a world that we know and love - fast cars, high stakes and iconic characters."

Tim Kring, co-founder of Imperative and creator of 'Heroes', commented, "Rarely do you hear a pitch that checks all the boxes and feels so immediately commercial, new and timely.

"We couldn't be more thrilled to be involved with Seven Bucks Productions on 'Boost Unit'."

"It's not often a project comes together so perfectly.

"Seven Bucks and Imperative have already proven to be invaluable assets," Umansky said, to which Hyatt added, "With both of them riding shotgun, we couldn't be more excited to get 'Boost Unit' moving and shine a light on such a badass division of the LAPD."

For Seven Bucks, it marks yet another project in the works as of late, following the company's unscripted marching band series 'Hard Corps' getting the greenlight at Fuse.

For Johnson, 'Boost Unit' only amps up his busy slate, as the multi-hyphenate is currently filming 'Ballers', which will be returning to HBO with a second season, in addition to the 'Baywatch' movie revival, which is among his many projects coming up.