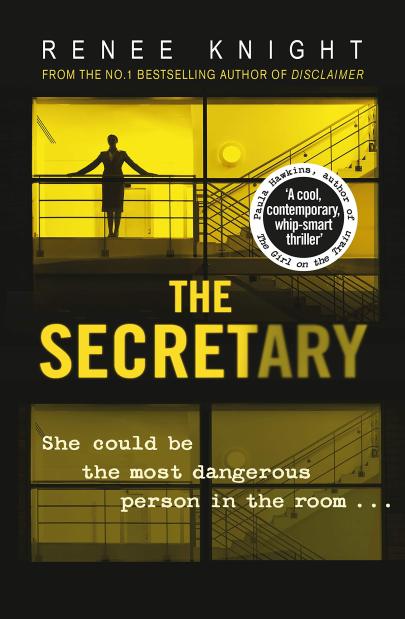 DUBBED a ‘tale of psychological suspense’, The Secretary by Renee Knight evoked mixed feelings for me.

Following the hype that surrounded her debut novel Disclaimer, a Sunday Times best-seller, I was expecting her second novel, published in February 2019, to be equally enticing.

Unfortunately, it didn’t hit the mark for me as the lack of depth and character development sealed the deal for me.

The Secretary on the surface is basically the Devil Wears Prada complete with a celebrity status powerful female boss and the timid, quiet secretary.

Where Knight’s novel differs is its direction into the darker, suspenseful, psychological thriller genre.

Meet the celebrated Mina Appleton and her personal assistant, the main protagonist Christine Butcher, who for 20 years was a devoted, loyal and discrete member of staff.

The entitled Mina Appleton has inherited her father’s supermarket chain, which was built on ethical dealings with suppliers, however, she is much more interested in the profits. Though generally it is an intriguing story, it is clear the author was trying to establish an ‘on the edge of your seat’ type page turner and while at points this was achieved, its lack of believability killed the excitement for me.

If Knight, a London-based documentary filmmaker for the BBC, had presented some more detail and explored her characters further then her latest book would have appealed to a much broader audience.

The Secretary displays the extreme lengths to which Christine will go to protect her employer at the expense of her personal relationships, to the point of unhealthy obsession with Appleton.

Therefore, if you’re looking for a book to treat as a light read of an afternoon, this is a perfectly adequate book for your poolside, however, for a deeper more captivating read, this isn’t for you.

The Secretary by Renee Knight is available at Jashanmal in Seef Mall and City Centre Bahrain for BD8.400.

It is also available to download from major e-book sites including amazon.com