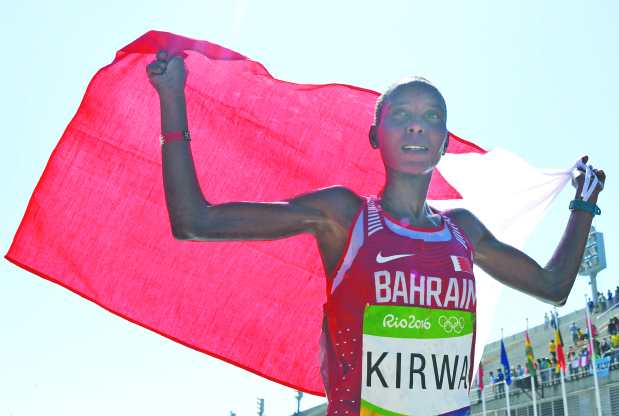 Paris: Eunice Jepkirui Kirwa, who won marathon silver medal for Bahrain at the Rio Olympics in 2016, has been suspended for four years for doping, the Athletics Integrity Unit (AIU) announced yesterday.

Kirwa had been provisionally banned since May after the prohibited blood-booster EPO was detected in her blood sample. Her four-year suspension is backdated to May 7, 2019.

The 35-year-old finished second in Rio behind Kenya’s Jemima Sumgong, who was banned for eight years in January for attempting to hinder an investigation into her use of EPO by supplying false documents.

Kirwa, who also won world bronze in Beijing in 2015, can appeal the ban at the Court of Arbitration for Sport.

Winner of the Singapore marathon in 2016, Kirwa said that he had been taking herbal medicines that included the banned substance and the AIU said the presence of strychnine in his sample was consistent with that explanation. Strychnine is on the World Anti-Doping Agency’s banned list because it is a stimulant.