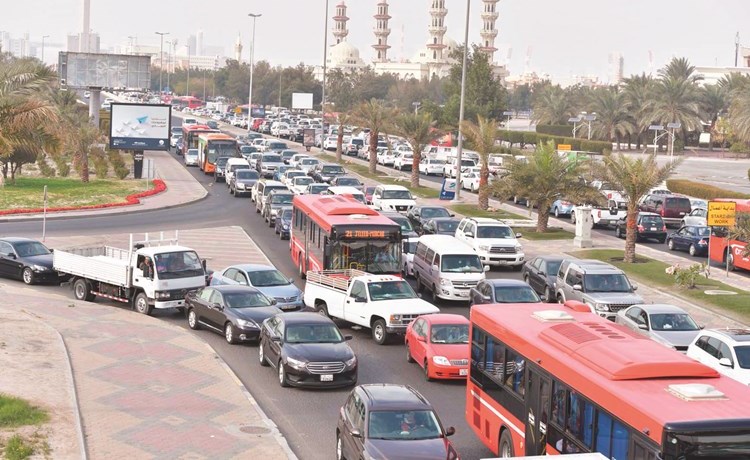 Kuwait City: The Kuwaiti capital has been ranked as the fifth most traffic-congested city in comparison with other GCC towns for 2018.

Dutch navigation technology company TomTom has also ranked Kuwait City 194 out of 403 towns in 56 countries in the world.

The TomTom Traffic Index is published to provide drivers, industry and policymakers with unbiased information about congestion levels in urban areas.

The index was created to provide cities all over the world with updated data and help congested cities to combat severe mobility challenges.

Tom Tom ranked Mumbai as the most traffic-congested city in the world, as drivers can expect to spend an average of 65 per cent extra travel time stuck in gridlock.