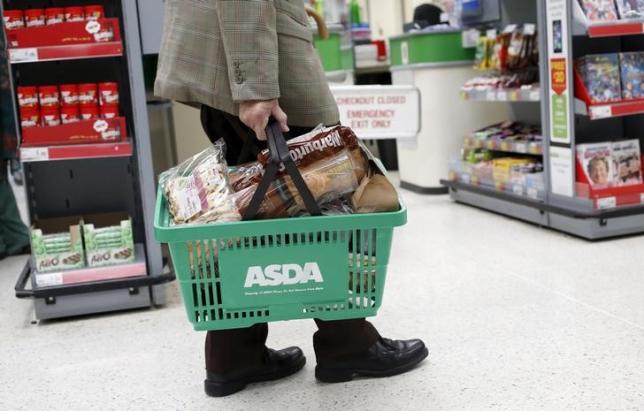 A man carries a shopping basket in an Asda store in northwest London, Britain in this August 18, 2015 photo. Asda is expected to report Q3 results this week. (Reuters Photo)

London: Asda, the British supermarket arm of U.S. retailer Wal-Mart (WMT.N), is preparing to announce job cuts as it grapples with changing shopping habits and a brutal industry price war.

Sky News reported on Monday that Asda would cut 'hundreds of jobs', largely focused at its head office in Leeds, northern England.

Asda responded by confirming it was in discussions with head office staff.

"Today, we have started to talk to our colleagues in head office functions about what this means for them.

"We have made some difficult but necessary decisions but we must discuss these with our colleagues before we talk publicly," it said in a statement.

Asda, in common with its big four rivals - market leader Tesco (TSCO.L), Sainsbury's (SBRY.L) and Morrisons (MRW.L) - has been cutting prices in an attempt to stem the loss of customers to discounters Aldi [ALDIEI.UL] and Lidl [LIDUK.UL].

Industry data published last week showed Asda was the worst performer of the big four supermarket chains over the Christmas period, with its sales falling 3.5 percent year-on-year over the 12 weeks to Jan. 3 and its market share dipping 0.6 percentage points to 16.2 percent.

Asda has been the sector laggard on a sales basis for a year, with management choosing to protect profit margins rather than chase sales.