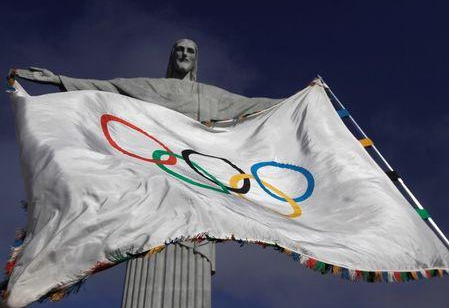 Will Brazil be ready for the 2016 Olympics this summer?

LONDON: World Sailing's chief says his efforts to get the Olympic sailing venue shifted from Rio's polluted Guanabara Bay to the cleaner and safer Buzios, a coastal resort some 160 km (100 miles) away, resulted in his being voted off the body.

Peter Sowrey, who left in December, told the AP news agency that he had been told "to gag myself" on the subject, and that the board had found him "way too aggressive".

Rio officials had pledged to reduce pollution in the notoriously fetid Guanabara Bay by 80 percent but officials last year confirmed that target will not be reached, although they insist "the area of competition will be ready".

The cleaning of Guanabara Bay was a key part of Rio's bid pledge and has long been a goal of successive local governments. Biologists in 2014 said rivers leading into the bay contained a superbacteria that is resistant to antibiotics and can cause urinary, gastrointestinal and pulmonary infections.

Sowrey told AP he had tried to push through a plan for Buzios, but "couldn't win that battle" - neither internally with World Sailing, nor with Games organisers.

World Sailing (ISAF) said on Wednesday it was surprised by Sowrey's comments. They said a number of bodies in Buzos had offered the waters to ISAF as an alternative venue in July 2015, but that World Sailing, under the guidance of Sowrey, wrote back at the time saying there were no plans to consider other venues.

"World Sailing continues to work in close partnership with the Rio 2016 Organising Committee and the International Olympic Committee to ensure that the venue is suitable to provide an outstanding Olympic Sailing Competition."