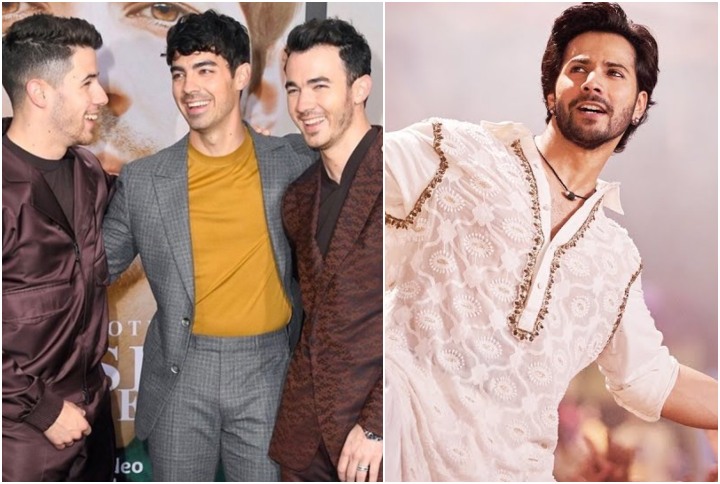 When it comes to songs, there’s a huge variety that Bollywood has to offer. Though we love most of the tracks, the peppy numbers that we can groove on anytime, anywhere are our favourite. No party is complete without these songs. And not only that but it also is the perfect music when you want to ease out before your performance. And Nick Jonas believes this too.

Nick is currently on Happiness Begins the tour with his brothers, Joe Jonas and Kevin Jonas. He shared a little snippet of the Jonas Brothers before they hit the stage on Instagram. The video has them grooving to Varun Dhawan’s song from Kalank, First Class.

In a recent interview with Bombay Times, Nick’s wife and actress Priyanka Chopra Jonas had also mentioned his love for Hindi music. She shared that Nick keeps listening to music on a Hindi radio channel and calls it his ‘hype music’. Not only that, but she also mentioned that his dressing room has Bollywood music playing all the time. She also added that he fell in love with India the first time he visited the country.

A post shared by OFFICIALPRIYANKA&NICKUPDATES (@nickyankafanpage) on Sep 27, 2019 at 12:37am PDT