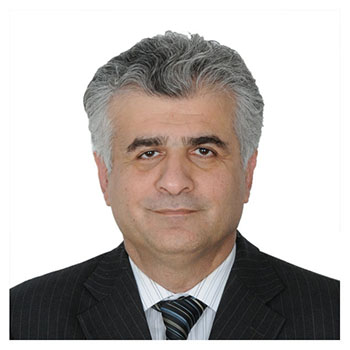 The medical profession is considered to be the most noble career, this is where lives are saved, the sick are healed, the pain of the suffering is alleviated, and the standards of living and quality of life are improved.

Hence, we all have blind faith and trust in doctors and their advice, and we seldom think or argue when the doctor asks to perform any medical test or procedure.

However, there are a lot of events that indicate that some hospitals or doctors may abuse or exploit this trust, in order to increase their income.

We undoubtedly recognise that hospitals and clinics are investing a lot of money in medical equipment and lab tests devices which also have high costs to operate and maintain.

We do realise as well that hospitals and clinics need to cover their expenses in order to survive.

Nonetheless, when will there be a conflict of interest?

There is a vast difference between covering the costs through conducting necessary medical procedures and tests for which there is no alternative, and between increasing income and performing more tests and procedures even when they are not necessary.

In 2012, the Institute of Medicine in the United States issued a report stating that $750 billion (an estimated 30 per cent of the total health expenditure) was wasted on unnecessary medical procedures, in addition to excessive administrative costs and fraud cases.

And recently, the Robert Wood Johnson Foundation conducted a study to survey the medical field, and the results were that 53pc of doctors are asking for medical tests even if they are not necessary, and 72pc of the doctors request an unneeded test at least once every week.

Further, some doctors are prescribing a huge amount of drugs, especially antibiotics, for any ailment, even if the condition is mild.

The reason is that pharmaceutical companies offer incentives (either in cash or in kind) to doctors who prescribe their drugs. What is critical here is that there are many adverse effects from these drugs.

For this reason, Choosing Wisely project was initiated in the US with the goal of reviewing and identifying all the cases of unnecessary medical procedures that squander funds or have been detrimental to patients with a target to minimise them.

The project provides a list of medical procedures and tests that can be avoided, and urges patients to question their doctors whether such tests are really required or not.

An example is MRI or CT images to examine complaints that are likely to go away on their own through proper rest.

Doctors should wait at least six weeks before taking X-rays of the lower back when the condition persists.

These tests do not affect the treatment and they do not improve the condition, on the other side, patients were exposed to many other dangers.

If what have been described above happens right now in the US (which is one of the most stringent countries in medical and healthcare services), one wonders how the situation is in other countries where there are no strong healthcare laws.

Let’s take India as an example.

Doctors receive cash incentives estimated at 30pc in order to prescribe specific drugs produced by a pharmaceutical company, 25pc when a patient is referred to another healthcare professional (which means that the referral is not based on how competent the doctor is, but on the basis of the relationship), about 30pc as a commission to conduct medical tests in a particular lab (which increases the demand for unnecessary tests) and nearly 30pc as a commission for conducting surgeries in hospitals.

Some might argue that such an increase in unnecessary medical tests, procedures and medicine prescription is not to increase the income, but to protect the doctor from legal liability and malpractice cases.

This is known as defensive medicine, and it is when the doctor is not focusing on the patient, but focusing on protecting the doctor and hospital from any claims or complaints.

In this case, the doctor will order as many tests and checks as possible so that if anything goes wrong with the patient, the doctor can say that he/she tried everything possible.

The important thing is that we should not lose sight of the fact that doctors’ main job is to heal patients, and not ensure legal protection.

No one can deny the importance of doctors in our community, there are many loyal and honest doctors that are dedicated to their patients, but there are others who covet more.

We have to be cautious when dealing with doctors, and to question all medical decisions.

I’ve heard a lot of these cases in Bahrain, where some private hospitals implement quota systems on their doctors for the minimum number of medical tests or procedures to be conducted in a specific period, and consequently health insurance companies don’t cover such hospitals.

Therefore, I ask the Health Ministry to examine private hospitals and impose necessary laws for the protection and well-being of patients.