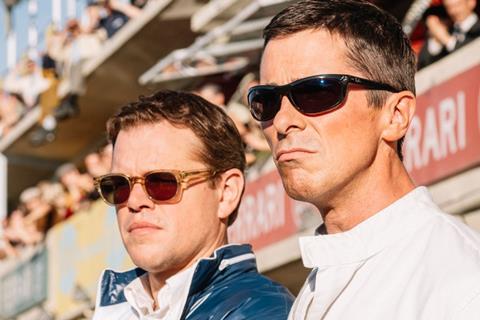 Damon, left, with Bale in a scene from the movie

THIS movie is not only for motorsport fans who love car racing and the glamour associated with it. It is much deeper as it delves into the backstage management and those who govern motorsport.

Thumbs up to veteran director James Mangold, a strong Oscar best director contender, for presenting a mesmerising vision of the dynamics of the industry in this biographical work.

Bringing real people, Enzo Ferrari and Henry Ford II, to life is also something that Mangold deserves applause for – as we relive the period through them.

However, I have to say the only negative thing about this movie is that it is too long, with a running time of 152 minutes.

Lead actors Christian Bale (Ken Miles), who plays a mechanic and overage driver, and Matt Damon (Carroll Shelby), who is a former racer and car manufacturer, have poured their hearts into these roles.

Miles’ wife Mollie, played by Caitriona Balfe from the acclaimed TV series Outlander, also presents an edgier side of a racing driver’s life as it sheds light on the struggles of a family.

Special mention has to also be given to Jon Bernthal and Josh Lucas who play slick and draping corporate executives on opposing poles of how things should be managed in Ford.

This movie takes audiences on a thrilling experience and is a must watch.

Ford vs Ferrari, which is also titled Le Mans ‘66’ in the UK and other territories, is being screened in Cinepolis Bahrain, Oasis Juffair, Vox Cineco City Centre, Seef Cineplex, Wadi Al Sail, Mukta A2 and Vox The Avenues.