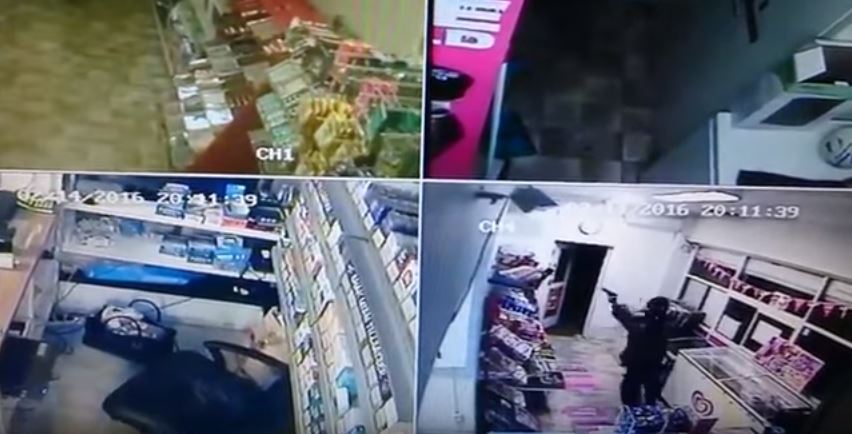 A young Egyptian woman made headlines in Sweden as she deterred an armed teenage burglar who wanted to steal her brother’s cold store.

Twenty-four year old Zeinab was sitting at the cash machine in the cold store in Malmoe City when the thief entered and ordered her to hand him the money at gun point.

A CCTV video recording showed the brave woman hitting the thief with a mobile phone and chasing him before he was caught by police. The video went viral on the internet.