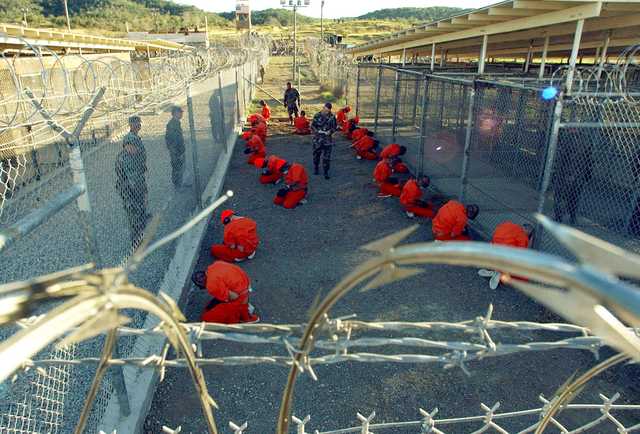 President Barack Obama presented a long-awaited roadmap to close the controversial US military prison at Guantanamo Bay, saying it was time to shutter a facility that betrayed US interests and values.

With less than a year left in office, Obama unveiled a plan that says the US should continue to transfer low-risk detainees to other countries and which describes how 13 possible replacement facilities could save the US taxpayer millions of dollars each year.

"For many years, it's been clear that the detention facility at Guantanamo Bay does not advance our national security. It undermines it," Obama said in a White House address.

"This is about closing a chapter in our history. It reflects the lessons that we've learned since 9/11 – lessons that need to guide our nation going forward."

A total of 91 suspected jihadists remain at Guantanamo, a prison that once housed about 700 inmates at its peak and has become synonymous around the world with torture, indefinite detention and orange jumpsuits.

Obama has pushed for Guantanamo's closure since taking office in 2009, but his efforts have been thwarted by Republican lawmakers, many of whom see it as a useful tool in combating terror. Obama said the opposite is true, and that the facility feeds into anti-US, jihadist propaganda.

The US president also has faced opposition from within his own administration, with the Pentagon accused of slow-pedalling transfers and overstating closure costs.

"This plan deserves a fair hearing, even in an election year," Obama said.