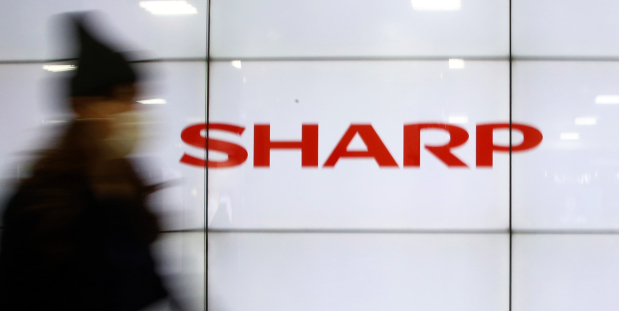 Tokyo: Sharp Corp has agreed to a takeover by Taiwan's Foxconn, sources familiar with the matter said, the largest acquisition of a Japanese tech firm by a foreign company and one that will bolster Foxconn's position as Apple Inc's biggest supplier.

Sharp's board voted unanimously to accept an offer by the world's largest contract electronics manufacturer over a rescue by a state-backed investment fund, signalling an opening up of Japan's insular technology sector to foreign investment.

The sources, who were not authorised to speak on the matter, declined to be identified. Sharp and Foxconn declined to comment.

Thursday's decision comes after five years of courting by Foxconn founder Terry Gou, who sees ownership of Sharp as a way to better compete with Asian rivals such as Samsung Electronics Co.

"Sharp has the technology to build out the components to compete with Samsung as an Apple supplier, which means that with Sharp under its umbrella Foxconn can help Apple wean itself off Samsung," said Gavin Parry, managing director of Parry International Trading, a brokerage in Hong Kong.

"This gives Foxconn better pricing power with Apple," he added.

Shares in Sharp rose 4 per cent on news of the deal to give it a market value of around $2.7 billion. Foxconn's investment is expected to include the assumption of debt. Foxconn shares climbed 3.9 per cent.

Century-old Sharp was once a highly profitable manufacturer of premium TVs and a favoured screen supplier to Apple. But it has struggled in recent years as massive investments in advanced LCD plants failed to pay off amid price competition with Asian rivals, and two bank bailouts since 2012 did little to help turn its business around.

Under Foxconn's wing, Sharp is expected to get help with fixing its finances and access to the company's wide distribution channels. In agreeing to the deal, Sharp executives have decided to put behind them ill-feelings over the breakdown of a 2012 agreement between the two companies to form capital ties.

Both government and Sharp officials initially backed a rescue plan by state-backed Innovation Network Corp of Japan (INCJ), fearing a loss of the company's technological expertise to a foreign company. The fund had planned to merge Sharp's screen business with Japan Display, in which the fund owns a majority stake.

The plan look set to be another in a long series of deals between domestic rivals, propped up with the help of banks or state funds. But policymakers warmed to Foxconn's offer as a step towards bolstering foreign direct investment in Japan.