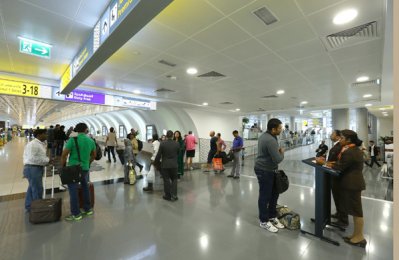 “The remarkable growth of Abu Dhabi as a global destination for business and leisure has catalysed the corresponding increase in passenger numbers for the month of January,” said Eng Ahmad Al Haddabi, chief operations officer at Abu Dhabi Airports.

“The ongoing expansion of Etihad Airways’ operations continues to drive up the number of passengers travelling to and from Abu Dhabi. Its strategic partnerships have also made a significant impact, as highlighted by the recent announcement by Etihad Airways of a 63 per cent increase in annual passenger traffic between India and Abu Dhabi with partner Jet Airways,” said Eng Al Haddabi.

Aircraft movements in January reached 14,514, up by 2.7 per cent compared to 14,128 movements recorded in January 2015. Bangkok, London Heathrow, Doha, Bombay, and Jeddah featured as the top-five destinations from Abu Dhabi International Airport.

Several destinations saw significant growth in passenger traffic, with Italy surpassing its January 2015 figures by 79.2 per cent last month, and Australia posting a 37.7 per cent increase in the same timeframe.

Eng Al Haddabi added: “Our multi-faceted growth will be accompanied by a sustained commitment towards cooperation with our airline partners and airport stakeholders to ensure a world-class experience for all passengers who fly through Abu Dhabi International Airport.” – TradeArabia News Service