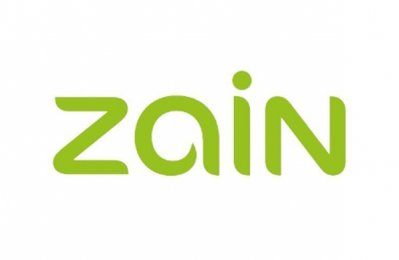 The company recorded a significant 48 per cent increase in EBITDA to reach SR1.629 billion during 2015, up from SR1.1 billion during in 2014. EBITDA margin rose from 18 per cent to 24 per cent during the respective periods.

Zain KSA recorded an impressive 73 per cent reduction in operating losses (EBIT), to reach SR141 million down from SR534 million in 2014, whilst narrowing net losses for the year to SR971 million, a 23 per cent improvement on SR1,269 million during 2014.

Commenting on these results, Prince Naif bin Sultan bin Mohammed bin Saud Al Kabeer,  chairman of the board of directors of Zain KSA, said: "In 2015 the company reported notable improvements in its financial performance in a very competitive market, thanks to the effective execution of the company's transformation plan."

His Highness added: "The company continues to report net losses mainly due to the high amortization charges associated with its license and the cost of financing its debt. However, I am proud to see that the company continues to play its part in developing the private sector economy within the kingdom.  It is clear that we have an important role to play in the transformation of the kingdom towards a digitally enabled and diversified economy."

Hassan Kabbani, chief executive officer of Zain KSA, said: "By all financial KPIs, 2015 was a record-breaking year for Zain Saudi Arabia. For the first time since inception, the Company broke-even at an operating level (EBIT) during two quarters, indicating the success of our transformation plan, driven by our 'Winning through Caring' strategy."

Kabbani added: "The Saudi market is the largest in the region and consumers in Saudi Arabia are amongst the most digitally engaged in the world, and we are expecting the demand for data services to continue growing strongly in 2016, thus encouraging us to continue providing our customers with great value for money products. The company's sustained improvements in its financial results demonstrate that we are both selling more digital services as well as improving the monetization of these services. The company's strategy to offer the best mobile video streaming services in Saudi Arabia appears to be resonating well with consumers."

"As part of our operational efficiency initiatives, through negotiations, the company has reached improved terms with its vendors, these efforts have contributed to the Company achieving these improved financial results," Kabbani said.

Kabbani concluded: "This is a great achievement, which all members of our winning team can rightly be proud of. We achieved these positive results thanks to the full support of Zain KSA shareholders, Zain Group, the Board of Directors, as well as the combined efforts of all of the Zain team." - TradeArabia News Service