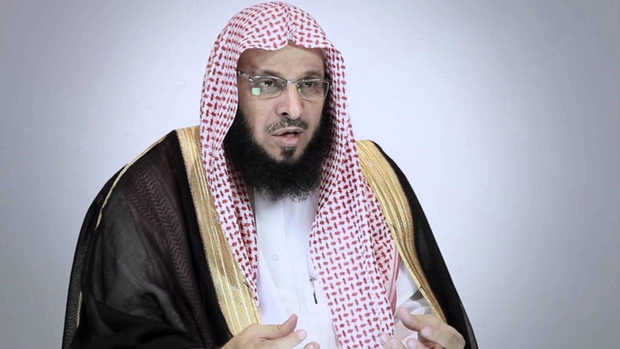 "He is out of danger," Galvez said.

A police report said that Shaikh Aaidh was shot in the right shoulder, left arm and chest while his companion, a Saudi embassy attaché, was wounded in his right thigh and left leg.

However a Saudi embassy statement later said none of Shaikh Aaidh's companions were wounded.

The police said that Shaikh Aaidh had just delivered a university lecture when a man came out of the crowd and opened fire with a .45 calibre pistol.

"We pinned down the gunman. He's dead," Galvez said.

She said the gunman was apparently a Filipino and that two other Filipino men, residents of Zamboanga, were later arrested after eyewitnesses said they were with the attacker.

But Galvez did not immediately identify the gunman.

"We still do not know what this group is or the motives of the gunman," she said.

The Saudi embassy in Manila confirmed the incident, stating Shaikh Aaidh was hit in the arm when a man approached his car and shot him as he left a conference.

He was visiting at the invitation of a local religious association, the embassy said.

The preacher was later flown to Manila on a plane made available by the Saudi embassy, according to a statement.

Saudi media outlets described Shaikh Aaidh as a senior Islamic scholar. He has more than 12 million followers on Twitter.

In his book Awakening Islam, the French academic Stephane Lacroix included Shaikh Aaidh among "the most famous" Saudi preachers.

Zamboanga is one of the largest cities in the southern Philippines, which has been home to a decades-long separatist rebellion by the mainly Catholic nation's Muslim minority.

Zamboanga has a mixed Christian and Muslim population, and has been a frequent target of attacks by local Muslim militant groups.

One of the nation's main Muslim rebel groups raided the city in 2013, triggering three weeks of clashes with security forces that left more than 200 people dead.