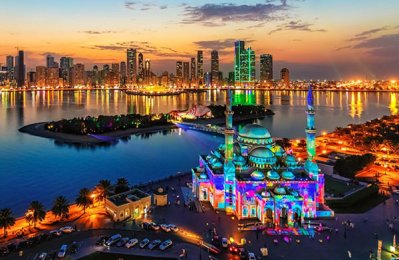 The Sharjah Academy for Astronomy, Space Sciences and Technology at Sharjah University hosted a joint Emirati-Japanese workshop on planetary exploration, in cooperation with the UAE Space Agency, the Chiba Institute of Technology and CITJAMSS.

The workshop aimed to introduce the UAE’s key developments and achievements in the global space sector to space scientists and those interested, as well as present several research outcomes monitored using the UAE Astronomical Camera Network, reported Emirates new agency.

The workshop also aimed to empower students and researchers in the area of space exploration, through the exchange of expertise and knowledge and the launch of joint scientific projects, which will reinforce the academy’s stature as a leading scientific research centre serving the space sector of the UAE and the rest of the world while improving the scientific ties between the UAE and Japan.

Dr Humaid Majoul Al Nuaimi, director of Sharjah University and director-general of the Academy, highlighted the academy’s keenness to achieve Sheikh Sultan’s visions, through working on relevant scientific projects, in cooperation with leading national and international scientific authorities, as well as establishing efficient research labs, such as the CubeSat and the Sharjah Centre for Astronomy and Space Sciences.

The workshop covered topics related to space science and astronomy, which were discussed by researchers from the academy and several experts from the agency, CITJAMSS and the institute.