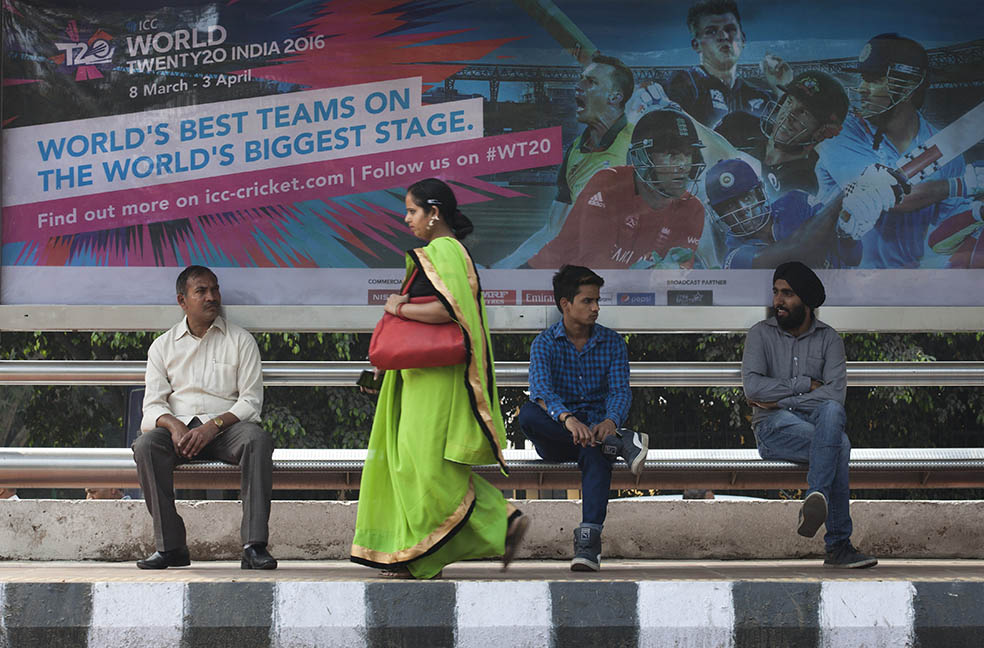 They are also gunning to become the tournament's only two-time winners, with South Africa, Australia and the mercurial West Indies shaping as leading threats.

Australia, the top-ranked Test side, are desperate to win their first World Twenty20 crown, while Pakistan's Mohammad Amir will play his first ICC tournament since returning from a five-year spot-fixing ban.

"We are on track for the World T20," a confident Dhoni said after Sunday's victory.

India's hot streak of 10 wins from their last 11 T20 internationals, coupled with their vast and boisterous home support means Dhoni's men will be tough to beat.

"I think India will win. Their players know the pitches and they're playing good cricket against the best teams in the world at present," said West Indies legend Brian Lara.

India also have added incentive to lift the trophy on April 3 at Eden Gardens in Kolkata because of the fact that the tournament may mark Dhoni's swansong.

Dhoni, who led India to the inaugural title in 2007, has struggled with the bat of late and turns 35 this summer. A second World Twenty20 crown would be a fitting end to the wicketkeeper's career.

But he has been in good touch since re-entering the international fold earlier this year, and lit up the Asia Cup with a devastating 3-18 spell in Pakistan's loss to India.

"The way he bowled... it didn't look as if he was making a comeback after five long years. It was a treat to watch," former Pakistan captain and now Afghanistan coach Inzamam-ul-Haq told AFP.

Second-ranked South Africa are hoping to spoil India's party and come into the tournament full of confidence following a T20 series whitewash against England.

The West Indies' tilt at a second title have been hit by injury withdrawals and a bitter pay dispute with squad members arguing with the country's board over fees to play in the tournament.

Experienced batsman Darren Bravo, all-rounder Kieron Pollard and off-spinner Sunil Narine are all out but it would be unwise to write off the third-ranked Windies, especially when they boast the big-hitting Chris Gayle.

The preliminary round starts today, with Afghanistan and Bangladesh favourites to join the big eight teams in the Super 10 group stage.