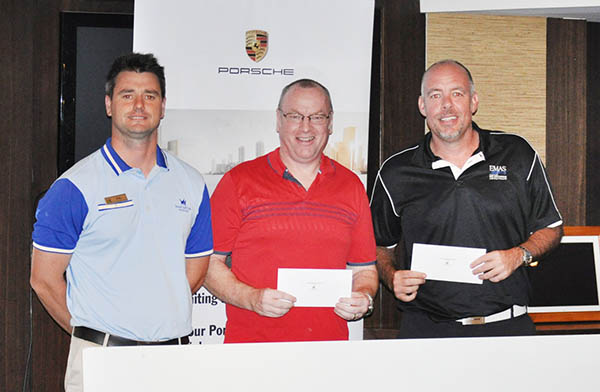 Waine with winners Brightmore and Bowen

There was a four-way battle for second place with a countback needed to separate the pairings who also shot 33.

Rob Mills and Adrian Morgan were declared runners-up while Rob Lane and Nils Berge were third after a six-hole and three-hole play-off respectively.

Ali Al Hakam and Paul Close also won prizes for coming nearest to the pin on holes 12 and 16 respectively.

Over 30 players took part in the two-player Better Ball tournament which was played under floodlights on the back nine holes of the challenging Montgomerie championship course.

To register for the next competition on Monday contact [email protected]