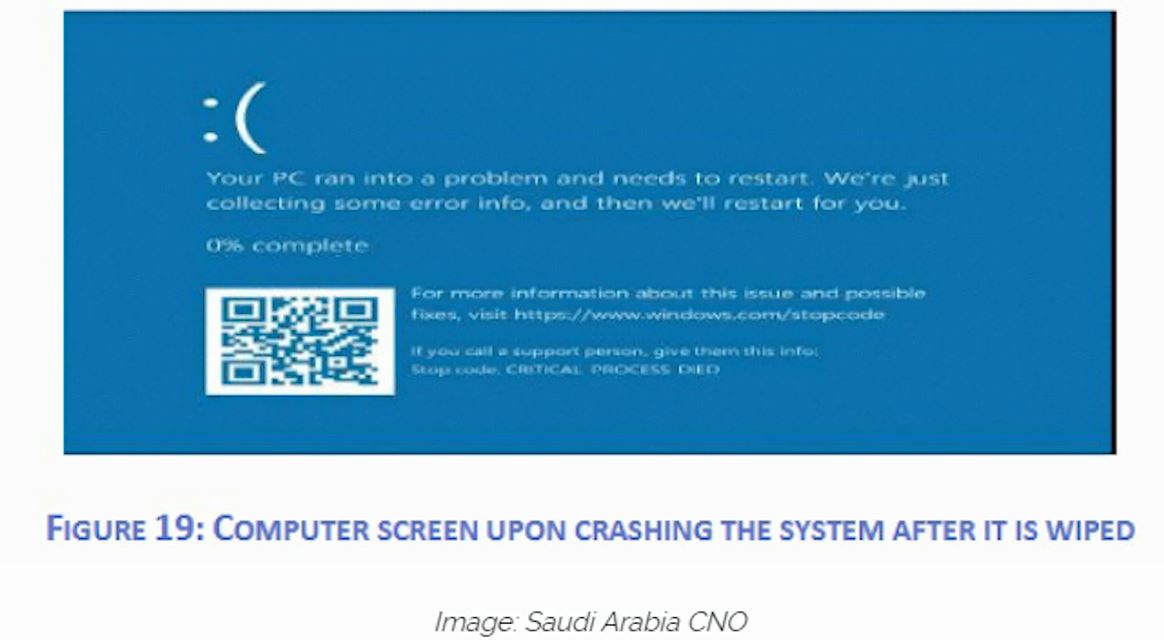 A screenshot of a system after it is infected with the new strain of malware Dustman
Bahrain's national oil company has been targeted by hackers reportedly from Iran, it has emerged. Details of the data breach at Bapco were confirmed to the GDN yesterday, following the release of a report that claimed Iranian state-sponsored hackers were behind last week’s attack, with the deployment of a new data wiping malware .