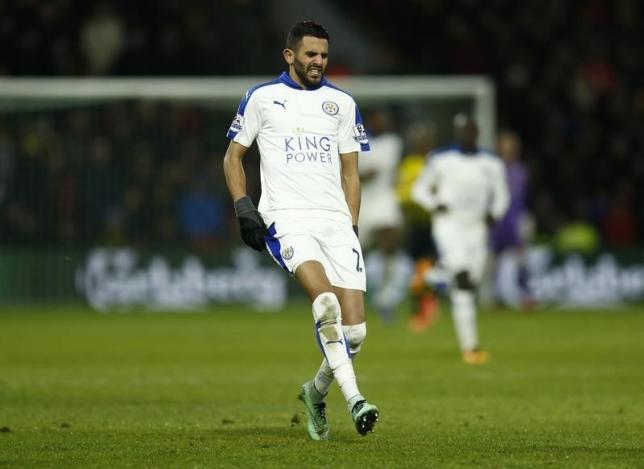 The experience of being part of a relegation battle has proven invaluable for Leicester City as it has helped them cope with the pressure of being at the other end of the Premier League, influential winger Riyad Mahrez has said.

Under former manager Nigel Pearson, Leicester survived a protracted fight against the drop last season by winning seven of their last nine matches to finish 14th.

In a remarkable reversal of fortunes, Claudio Ranieri's side are currently top of the standings, five points ahead of second-placed Tottenham Hotspur with nine games remaining.

"No pressure. We are playing as always. We just work hard for everyone. We are just a good team, good team mates and we are doing well. We have to keep going," Mahrez told British media.

"Last year was very difficult. Last year we had pressure. Last year gave us more experience and we are now in a different situation... we are playing for the title. It's something crazy, but that's the reality. You have to enjoy it."

Meanwhile, manager Ranieri has urged to club to reward head of recruitment Steve Walsh, who brought Mahrez to the King Power Stadium, and assistant manager Craig Shakespeare with new contracts to help the Foxes build on this season's success.

"It is very important to keep them. I ask them to sign the same as my contract (until 2018) because I have a very good relationship with all my staff," Ranieri said.

Leicester will continue their chase for a first top-flight title in the club's 132-year history when they host second-bottom Newcastle United on Monday.