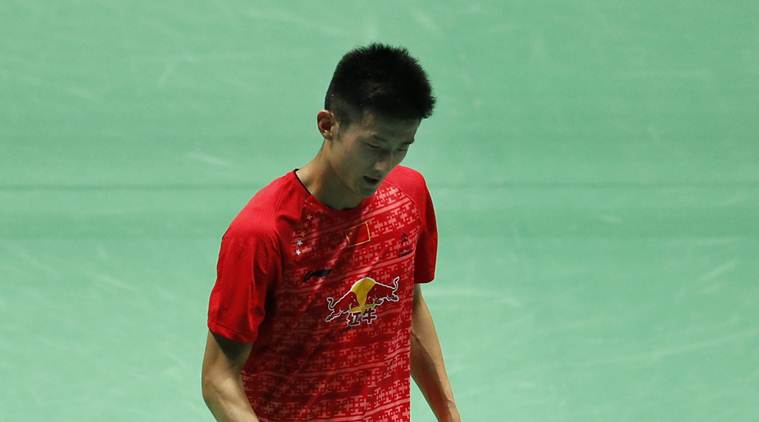 Chen Long became the second biggest casualty to fall in consecutive days at the All England Badminton Championships. (Reuters Photo)

Birmingham, England: If Japan's startling rise as a major force in badminton is the sport's current feel good story, then the reason behind one its chief protagonists opting to bow at courtside after matches is just as welcome.

"The match is not just about me. It's about the court, the officials and the opponent, so I have to give my thanks to everyone for making it possible," Nozomi Okuhara told Reuters at the All-England Championships.

Okuhara, 20, and compatriot Kento Momota, 21, caused a stir in December when the pair won the women's and men's singles titles at the year-ending Superseries Finals in Dubai, raising interest in Olympic year as the nation bids for its first gold.

At the helm are these two bright and gifted athletes.

Okuhara entered 20 events last year and showed her unique stamina to lift the prestigious Superseries title without dropping a game, including impressive wins over Carolina Marin and Saina Nehwal.

Okuhara, from Omachi City, says her 5ft-1in (1.55m) stature poses few problems. Instead, she uses her physicality "to force errors from my opponent, but it's all about my speed".

Meanwhile, Momota's game is all about flair and creativity.

"I just go out there to have fun on court," he says.

The pair have etched similar paths since both won 1012 world junior titles.

At the All-England Championships this week, they even played on adjacent courts to each other.

"I couldn't concentrate, I am always excited for him," Okuhara admitted. "We definitely feed off each other."

While the young tyros admit that their Superseries Finals wins boosted badminton's profile in Japan, both realised that they must now be regarded as elite players who have gone from being hunters to the hunted.

"There are lots of people who want to beat me now, they know my style," Momota admitted.

"For people who are lower ranked than me, I am trying to focus on beating them rather than relaxing."

It is a philosophy instigated by Korea's Park Joo-bong, the Japanese national coach and Olympic gold medalist from 1992.

As Okuhara admits: "When he came in, we became more aware of ourselves and the impression he wanted was for us to be world level. It's why we are here today."

A far cry, then, from when Okuhara, who turns 21 on Sunday, was being taught by her father, a badminton coach in Nagano.

"I don't remember when I wanted to go professional," she smiles. "I just remember hating to lose. That was the turning point."