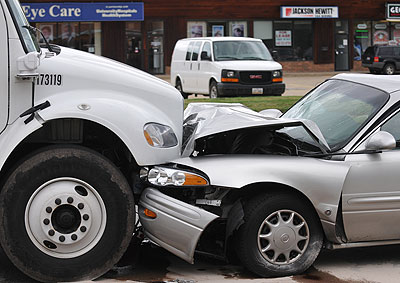 Abu Dhabi: Three Arab children were killed when the car which was driven by their mother rammed into a big truck in the city of Al-Thaidh.

The mother and two other children suffered severe injuries and are reportedly in critical condition at the hospital at Al-Thaidh City.

The mother who is in her fifties lost her four-year old daughter and two sons aged 12 and 13 years old.

The other two children, aged 4 and 8, survived the collision but sustained internal hemorrhage, and fractures in various parts of their bodies.

Their father is reportedly on a trip abroad.

Initial investigation revealed that the mother who was driving the car failed to cede priority to the truck which was crossing the junction at Al-Thaidh City .