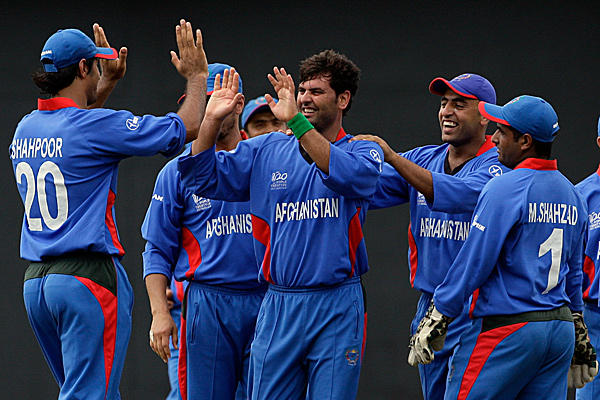 Nagpur, India: Mohammad Nabi's brisk fifty and a clinical bowling show helped Afghanistan knock Zimbabwe out of the World T20 with an emphatic 59-run win to storm into the Super 10s in Nagpur on Saturday.

Batting first, Afghanistan rode on a 98-run stand between Nabi (52) and Samiullah Shenwari (43) to post 186 for six, a score which proved to be a winning total after Zimbabawe were shot out for 127 in 19.4 overs.

In-form opener Mohammad Shahzad provided a blazing start to the innings with a 23-ball 40 but his departure saw Afghanistan lose their way to 63 for four.

Medium-pacer Tinashe Panyangara grabbed three wickets to rattle the top-order after left-arm spinner Sean Williams got dangerman Shahzad back in the dugout.

Nabi, who registered his highest T20 score, and Shenwari then got together to turn things around in the knockout encounter, with some precise power hitting.

"Very happy with my performance, especially in this main match and it was a tough game in the qualifying round," said Nabi.

The batting duo combined the right dose of caution and aggression and Shahzad's early blitz made sure that the Zimbabwe attack looked pedestrian.

"The start was very good, the way Shahzad played in the first five overs. It was quite good. Then the three wickets put us under pressure, the coach (Inzamam-ul-Haq) told me to take singles until the 14th over and then the last six can be used for the big hits," said Nabi.

"On that kind of pitch, 150 could be a winning target. But if you have wickets in hand, you can go for more."

Zimbabwe, who remain winless against Afghanistan in five attempts so far, were never in the chase after losing their openers early.

Burdened by the increasing run-rate the Zimbabwe batting failed to get going with Sikandar Raza top-scoring with 15.

Leg-spinner Rashid Khan turned on the heat with a three-wicket haul as medium-pacer Hamid Hassan contributed with two scalps.

A crucial victory against a Full member for the Inzamam-ul-haq-coached side is indeed a great achievement and captain Asghar Stanikzai could not hide his excitement in the post match chat.

"I thank the Afghanistan people who have been praying for us. They are always praying for us and thinking about us," Stanikzai addressed the home fans in his native language.