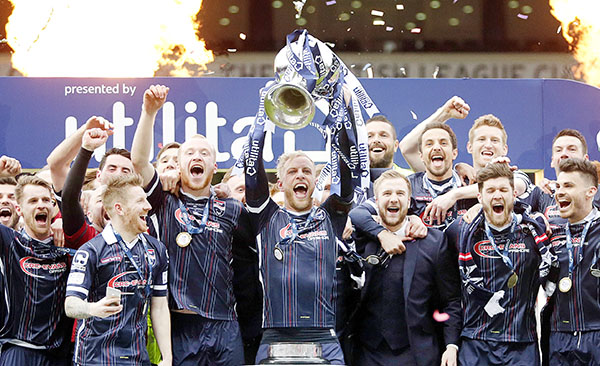 Hibs started the second half strongly, but the introduction of substitute Brian Graham gave County more purpose and the striker had two efforts chalked off for offside before Schalk tapped home in the 90th minute. It is a first major cup win for the Highland club, who only joined the Scottish Football League in 1994.

At Hampden, both sides made two changes, with County’s Graham making way for Schalk, while Ian McShane replaced Jonathan Franks.

Hibs’ Marvin Bartley was brought into midfield for the injured Dylan McGeouch, with top scorer Jason Cummings coming back in for James Keatings.