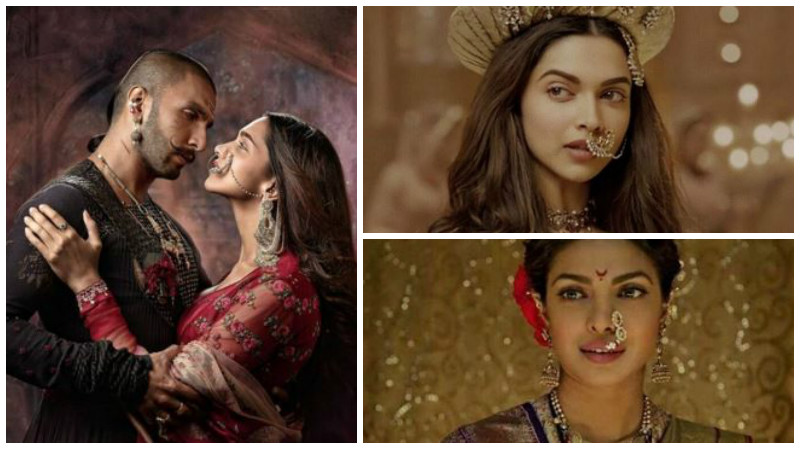 Dubai: Sanjay Leela Bhansali's 'Bajirao Mastani' today picked up maximum technical honours including best costume design at the Times of India Film Awards as the curtains were raised on the second edition of the ceremony here.

The awards ceremony, held last evening, was hosted by Manish Paul and Huma Qureshi, who displayed a comfortable camaraderie and spontaneity.

Ranveer, known for his impromptu stage jigs, made a surprise entry on the stage and did a small recreation of Priyanka and Deepika's signature moves from song 'Pinga' from 'Bajirao Mastani'.

Huma and Manish joined in much to the audience's delight.

Mumbai-based designers Riyaz and Reshma Gangji of Libas showcased their elegant designs as the actors Sooraj Pancholi and Zarine Khan dazzled as showstoppers.

Sooraj was seen in an electric blue long narrow Indian bandh gala outfit with a shawl that brought elegance and a regal touch to his entire personality and Zarine was a vision in a beautiful royal blue lehenga with borders in cut work that has French knots that were bronze and gold in colour, and completed the look with a peach dupatta.

Shweta Pandit and Aman Trik gave the show a melodious feel. Shalmali Kholgade and Armaan Mallik also put up an enthralling show on the medley of the most popular Bollywood numbers.

Kareena cheered for her sister Karisma Kapoor as the latter walked the ramp for designer Farhaz Manan.

Also present at the ceremony were names like Kartik Aryan, Gautam Gulati, Shweta Pandit, Chunky Pandey among others.