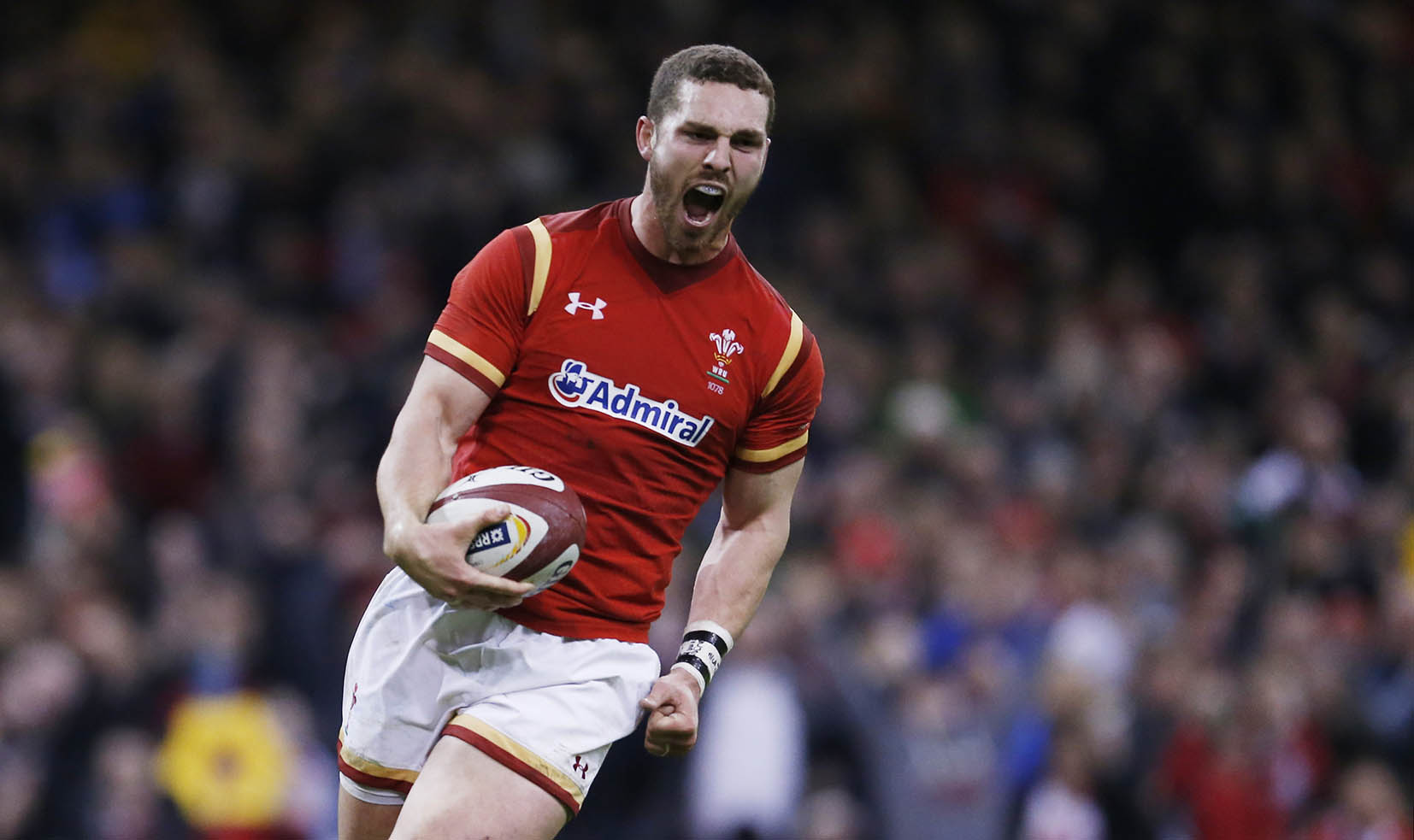 Cardiff, United Kingdom: George North starred as Wales assured themselves of second place in the Six Nations with a record 67-14 thrashing of Italy at the Principality Stadium yesterday.

The first match of yesterday's final day of the Championship was over as a contest before half-time with Wales 27-0 up at the break following tries by Rhys Webb, Dan Biggar and Jonathan Davies.

Both the final score and their 53-point margin of victory saw Wales surpass their previous bests against Italy achieved in a 61-20 win in Rome last year.

Defeat meant Italy finished bottom of the table after five straight defeats, with French coach Jacques Brunel losing his last game in charge of the Azzurri.

For the second week in a row Italy, wooden spoonists for the 11th time since joining the Six Nations in 2000, conceded nine tries in a match after their 58-15 hammering by Ireland in Dublin.

Wales were desperate to finish on a high after last weekend's 25-21 defeat by England at Twickenham, allied to Scotland's win over France, scuppered their title hopes.

Warren Gatland made several changes, mostly injury-enforced, to a side that left itself with too much to do against England after falling 16-0 behind at half-time.

Dan Lydiate was given the captaincy after Sam Warburton was ruled out with concussion.

Wales have been criticised for a grinding approach, even when winning this tournament.

But there was nothing sluggish about their start on Saturday, with Webb scoring in the fourth minute.

Jamie Roberts charged through midfield and a chip over the top led to a Welsh line-out close to Italy's line.

Webb, making his first Wales start since September after he missed last year's World Cup with a foot injury, broke off the back of an ensuing maul and found a gap in the visitors' defence.

Fly-half Biggar converted and then extended Wales's lead with a penalty.

Italy then avoided conceding another try but at the cost of scrum-half Guglielmo Palazanni being sent to the sin-bin by French referee Romain Poite after he prevented Webb taking a quick tap penalty.

Biggar landed the easy kick and Wales led 13-0, with Italy a man down.

Wales continued to attack but handling errors and a penchant for the floated pass scuppered potential try-scoring moves before a successful exchange between Biggar and centre Roberts in the face of weak tackling sent the outside-half in between the posts.

Biggar duly converted, but at 20-0 to Wales, after just 29 minutes, the match had the feel of a training session rather than an international.

Minutes later, Wales had their third converted try and best of the half.

Powerful wing North broke clear from deep in the Welsh 22 and passed infield to Biggar who, with the Italian defence in retreat, sent in onrushing centre Jonathan Davies.

Roberts went in at the corner early in the second half with Biggar, for once, missing the conversion, although Wales were now 32-0 ahead.

The imposing North had Wales's fifth try when his break and swerving run from halfway saw him surge past Italy replacement Luke McLean and through a non-existent defence.

Italy avoided being 'nilled' with Palazanni going over following a close-range line-out.

But barely a minute later Wales had their sixth try when Roberts and Davies combined to set up full-back Liam Williams.

Italy centre Gonzalo Garcia then crossed for a converted try only for Wales to respond through Moriarty.

It looked as if Odiete had scored a late intercept try that saw him run the length of the field but he was called back for offside.