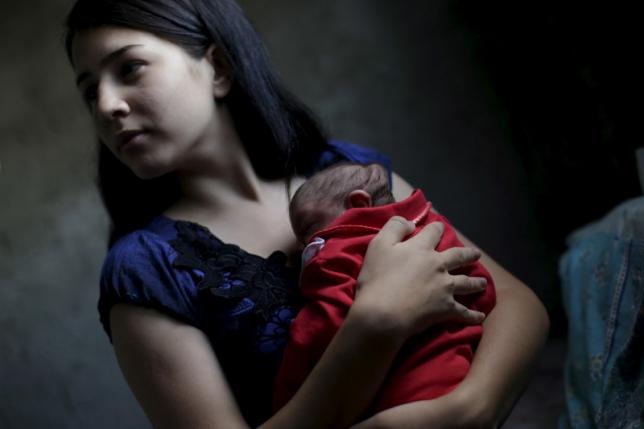 Ianka Mikaelle Barbosa, 18, poses for a photograph with Sophia, 18 days old, who is her second child and was born with microcephaly, at her house in Campina Grande, Brazil February 17, 2016. (Reuters Photo)

The number of confirmed and suspected cases of microcephaly in Brazil associated with the Zika virus rose to 5,200 in the week through March 19, from 5,131 a week earlier, the health ministry said on Tuesday.

Brazil considered most of the cases of babies born with abnormally small heads to be related to Zika, though the link between the virus and the birth defects has not been scientifically established.