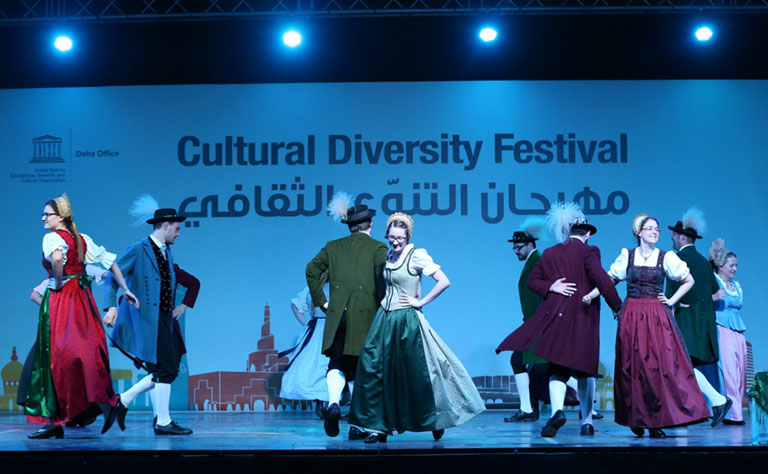 Qatar: Events of the Cultural Diversity festival, held jointly by the Cultural Village Foundation (Katara) and the UNESCO office in Doha, continued with a dazzling performance staged by the Austrian group Wachauer Folkstanzgruppe at Katara esplanade.

Speaking on the occasion, Austrian Charge d'Affaires to Doha Sieglinde Fedele expressed her delight to have Austria presenting at such a "great initiative" between UNESCO and Katara.

"It is [an] opportunity to bring the world to Qatar."

The group came from the Austrian region of Wachau, which has been on the UNESCO World Heritage list since 2001.

The old lanes, houses, churches, abbeys, and especially the river Danube and the vineyard Terraces make this region very picturesque.