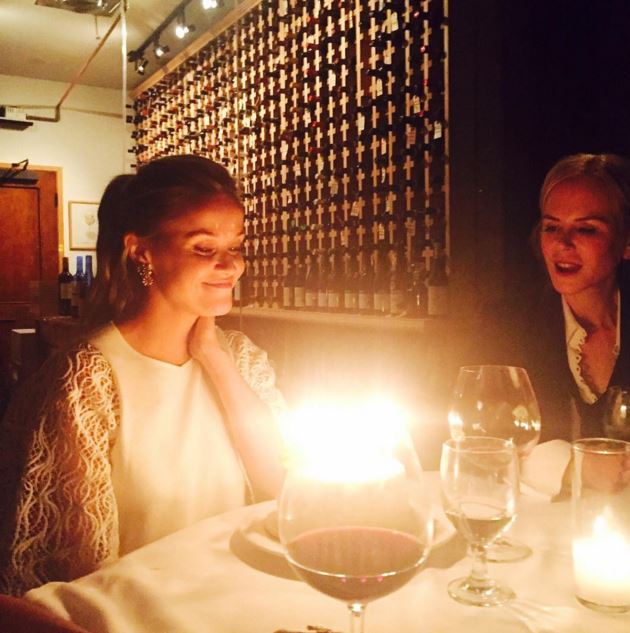 Actress Reese Witherspoon went for an intimate dinner with friends including Nicole Kidman for her 40th birthday.

The 'Legally Blonde' star enjoyed a celebratory meal with the Hollywood actress and other friends and at one point during the lavish meal she was presented with a cake packed with candles, reported Female First.

Witherspoon shared a photo of her receiving her birthday treat on her Instagram account, accompanied with the caption: "This is 40 ... I am one lucky gal (sic)"

The dinner date followed a star-studded party that Witherspoon hosted to mark the milestone date on Saturday, March 19.

Taylor Swift performed at the bash at the Warwick in Hollywood and later on in the night Witherspoon herself sang 'Sweet Home Alabama' accompanied by Kidman's husband Keith Urban on guitar.