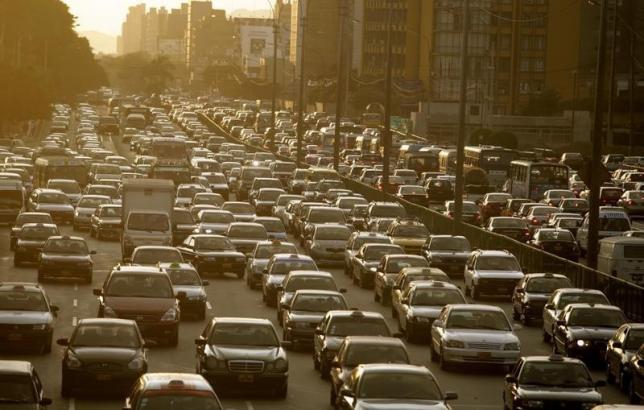 Choosing an active way to get to work could make a big difference in how much weight creeps on in middle age, a large U.K. study suggests.

Studying tens of thousands of commuters over age 40, researchers found that people who drove to work weighed more and had a higher percentage of body fat than those who got to work by walking, biking or public transportation.

Those who commuted by bicycle were the leanest of all, but even taking the train was linked to lower body weight and body fat, the authors report in The Lancet Diabetes and Endocrinology.

“We know that exercise protects against obesity and chronic diseases. However, we all struggle to fit enough of it into our busy lives,” said lead author Ellen Flint of the London School of Hygiene and Tropical Medicine.

“This study shows that people who manage to build physical activity into their daily commute have significantly lower body weight and healthier body composition than those who commute by car,” Flint told Reuters Health by email.

In the U.S., about one third of adults are obese and no more than about 18 percent commute to work by walking or biking, according to the Centers for Disease Control and Prevention.

To examine links between commuting mode and body weight, the study team used data from the UK Biobank on 157,000 middle-aged British adults, collected between 2006 and 2010.

Body fat was assessed in two ways: body mass index (BMI), which is a ratio of weight to height, and body fat percentage.

Men and women who commuted to work by any means other than driving had lower body fat percentage and BMI compared to adults who commuted by car, researchers found.

Even after accounting for a wide range of characteristics and lifestyle information about the participants, active commuting methods were linked to lower body weight and body fat.

Factors outside of individuals' control can influence their commuting choices, noted Dr. Lars Bo Andersen of Sogn and Fjordane University College in Norway, who wrote a commentary on the study. But, he said, people need to know that everyday health choices make a difference in the long run.

“The average person gains 1-2 pounds each year after the age of 30 years,” Andersen said by email. “This trend will be prevented by simple things such as choosing the active travel, small changes in nutrition, etc.”

“The community can provide the environment and especially the infrastructure which makes it possible to cycle and walk,” Andersen told Reuters Health.

“Switching from car commuting to a less sedentary routine allows us to build more habitual physical activity into the daily routine,” said Flint.