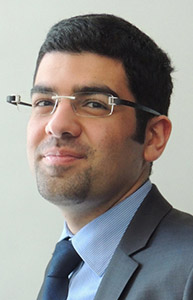 Last week, football lost one of its stars, the Dutch maverick, Johan Cruyff. During his career he found success where others have failed.

It is rare that a football player finds success in both the playing and coaching sides of the game.

In my view, Cruyff was one of the best to have achieved both feats in football. He wasn’t just successful; he revolutionised football, bringing flair and style to his sides.

He was the centrepoint of one of the best footballing sides to grace the pitch, the Dutch team of 1974. The team did not play football in an orthodox manner; they played ‘total football’. Players were encouraged to attack, and when a player left his position, it was naturally filled by another teammate. The world hadn’t seen anything like it, and opponents struggled to hold the Dutch back.

One of the greatest tragedies was that that side never won a Fifa World Cup, and instead had to settle to a runner-up medal in the greatest stage of all. Regardless, the Ajax Amsterdam side that did adopt this philosophy won three back-to-back European Cups.

Cruyff played with intelligence and flair, and made it difficult for defenders to anticipate whether he was going to dribble, or find a teammate with an instinctive pass. He was instrumental in the rise of Ajax into the club that it is today, one that challenges for top honours. He won three European Cups during his time with his boyhood club, and in doing so he defeated the giants of European football.

He went on to inspire FC Barcelona to its first La Liga in 13 years, and in doing so he won his third Ballon d’Or. Some would say that the only thing lacking his career in Spain was winning the European Cup with Barcelona.

It was a trophy that the Spanish club never won up to that point, yet their arch rivals, Real Madrid had already won it six times.

Cruyff’s contribution to football isn’t just limited to his playing days, where it could be argued he was more influential in his post-playing career. After hanging up his boots, he went on to excel in coaching. His first stint came with Ajax, when he guided them to their first continental trophy since he left the club to join Barcelona as a player. It was the first time that the Dutch club won the Uefa Cup Winners’ Cup.

In my view, his greatest achievement as a manager was in Barcelona. Upon his return to the club as a coach he proved his doubters wrong when he lead the club to its first European Cup. What was so great about the achievement was the way his side won the cup, where they played entertaining football, and won matches comfortably. He was a catalyst for the Catalan side, which went from strength to strength in the nineties, to one of the most successful clubs in Europe.

It’s the combination of technical skill, and know-how that separate Cruyff from the rest. Wherever he went glory followed him, and most important of all, he made football a joy to watch.

Many will try to inspire football fans, but Cruyff left fans mesmerised.