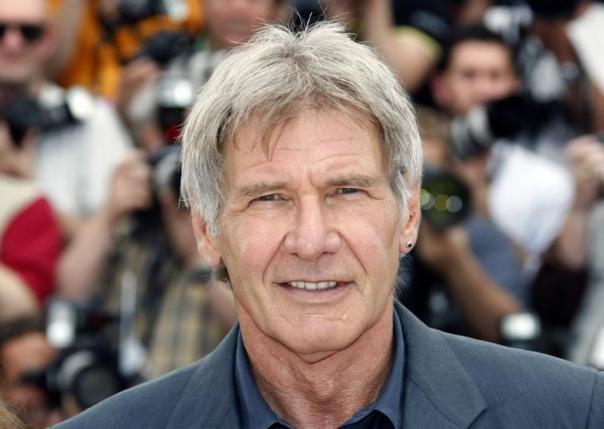 Harrison Ford is auctioning his 'Star Wars: The Force Awakens' jacket for charity. The 73-year-old actor - who reprised his role as the wisecracking Han Solo wore the sleek jacket throughout the blockbuster sequel, which has earned more than $2 billion worldwide. Ford donated the iconic garment which he wore in his first scene in the 2015 movie to raise money for epilepsy research .The signed jacket will benefit the NYU Langone Center, where his daughter was treated and FACES (Finding A Cure for Epilepsy and Seizures), with bidding starting at $18,000 on ifOnly.

The actor - whose 26-year-old daughter Georgia suffers from the condition recently spoke about how "devastating" Georgia's condition had been for her and their family. He said: "When you have a loved one who suffers from this disease, it can be devastating”. In a statement IfOnly.com attributed to Ford, the Academy Award-nominated actor said, "This is a cause that's near and dear to me, and, unlike the cynical Han Solo, I've got a good feeling about this." Ford was also quoted saying "I admire a lot of things about her," talking about his daughter to the New York newspaper. "I admire her talent, her strength. She's my hero. I love her."

Interest in Han Solo is at an all-time high right now – thanks to The Force Awakens breaking box office records and a prequel for the character entering production.