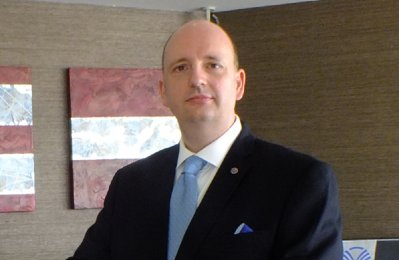 In his new capacity, Hoffmeister will oversee the hotel’s operations including 114 rooms, two outlets, one recreation facility, and the ongoing major renovation of the entire hotel adding as well new suite rooms.

A native German, Hoffmeister carries over 20 years of hospitality experience.  Prior to his appointment, he worked with a number of operators including, Hilton Worldwide, Rosewood, Sheraton and InterContinental Hotels.

After his apprenticeship in the hotel and catering business and his subsequent certification in Germany, Hoffmeister started his first position in the stewarding department. He took over his first managerial role with Al Bustan Palace InterContinental in the capacity of duty manager. Next moves and positions included Phoenecia InterContinental Hotel in Beirut as guest relations manager as well as executive assistant manager with the opening of Rosewood Corniche Hotel in Jeddah, Saudi Arabia.