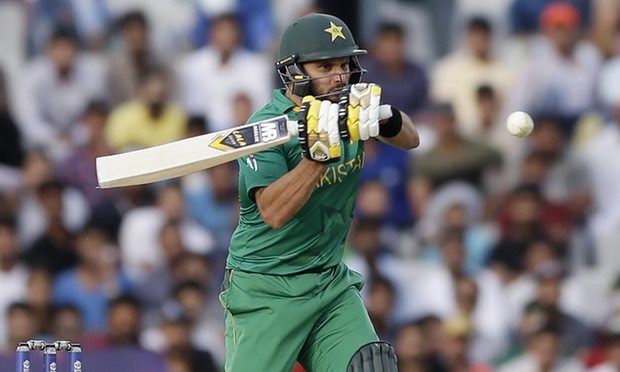 Afridi became known as a bowling all-rounder in the second half of his career and was instrumental in Pakistan's early successes in Twenty20, including their 2009 victory. (AP Photo)

Islamabad: Pakistan's under-fire captain Shahid Afridi on Wednesday issued a video message to supporters apologising for his team's early exit from the World Twenty20, but remained silent on his future following calls for him to retire.

Afridi, nicknamed ‘Boom’ for his fierce hitting, has suffered a drop in form over the past two years and he was unable to steer Pakistan through the group stages of the tournament in India.

The 36-year-old has been expected to make an announcement on his future this week, but instead he took to Facebook and Twitter to issue a one-minute apology to the cricket-mad country.

The 2009 champions have been widely criticised by fans for a lacklustre performance at the World T20 with just one victory, against unfancied Bangladesh, and big losses to India, New Zealand and Australia.

Like Afridi, head coach Waqar Younis is also under intense scrutiny and he offered to resign while offering his own apology at a press conference on Tuesday.

Afridi's video met with a mostly positive response by fans posting on his Facebook page.

"Great cricketer Boom Afridi ..i am Indian ..but I like afridi as sportsman..come on guys support them be with ur team," said user Narayan Kawade.

Afridi has been a fan favourite since he burst on the scene in 1996, striking a 37-ball century against Sri Lanka in only his second match to set a world record that was unbeaten for 17 years.