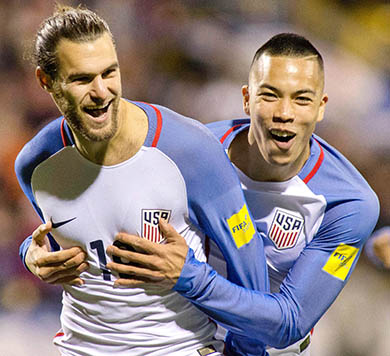 A shock 2-0 defeat to the Guatemalans last Friday had left Jurgen Klinsmann’s side facing a must-win return fixture in Columbus, where a defeat would have all but eliminated them from North, Central America and the Caribbean (CONCACAF) zone qualifiers.

The Americans continued to torment the visitors and went 4-0 ahead when Dempsey pounced on another blunder to tee up substitute Jozy Altidore to crash home the finish.