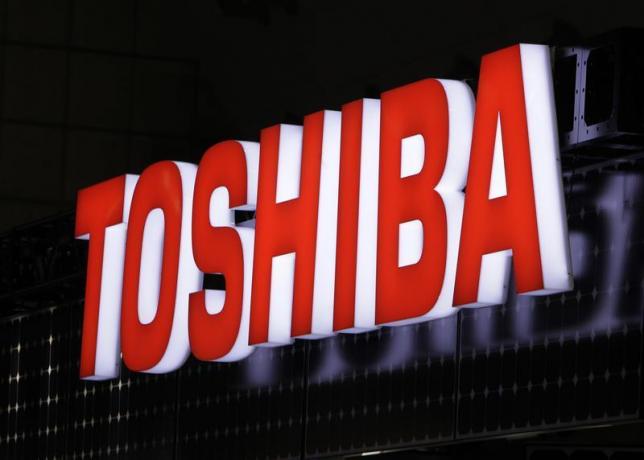 Toshiba, which makes everything from rice cookers to nuclear plants, will retain the remaining 19.9 per cent of Toshiba Lifestyle Products & Services Corporation (TLSC), which will retain its name, the two said in a joint statement.

Under the deal, Midea will be licensed to use Toshiba brands for home appliances for 40 years, obtain more than 5,000 intellectual property assets, and be authorised to use other related patents retained by Toshiba, it said.

The deal, worth 53.7 billion yen ($473 million) pending unspecified "adjustments", is the latest in a series of overseas acquisitions by Chinese firms, and comes as Beijing seeks to retool its heavy industry-dependent economy to one more driven by consumer demand.

Chinese companies have made global headlines with multi-billion dollar buys in recent years, including state-owned ChemChina's $43 billion offer last month for Swiss pesticide and seed giant Syngenta -- the biggest-ever overseas acquisition by a Chinese firm if it goes through.

Another Chinese home appliance maker, Haier, announced in January that it will buy the appliances arm of US giant General Electric for $5.4 billion.

Midea's chairman Fang Hongbo said the acquisition of the Toshiba unit -- which he called an "iconic brand" -- was "an important landmark in Midea's globalisation endeavour" and would "significantly strengthen our competitiveness in Japan, Southeast Asia and the global market".

In the joint statement, issued Wednesday, Toshiba president Masashi Muromachi added he was "confident that Midea's further investment in R&D, marketing and branding will bring about a brighter future for the home appliances business".

Toshiba has been roiled by a profit-padding scandal, in which bosses for years systematically pushed their subordinates to cover up weak financial figures.

It is expecting a huge loss of about $6.4 billion for the year to March with sagging global demand contributing to its financial woes.

The Midea takeover is subject to regulatory approvals in China and anti-trust clearances in relevant jurisdictions, the two firms said.

Privately owned Midea, founded in 1968, is one of China's biggest home appliance makers and raked in 12.7 billion yuan ($2.0 billion) in net profit last year, up 21 per cent from a year ago, according to its website.