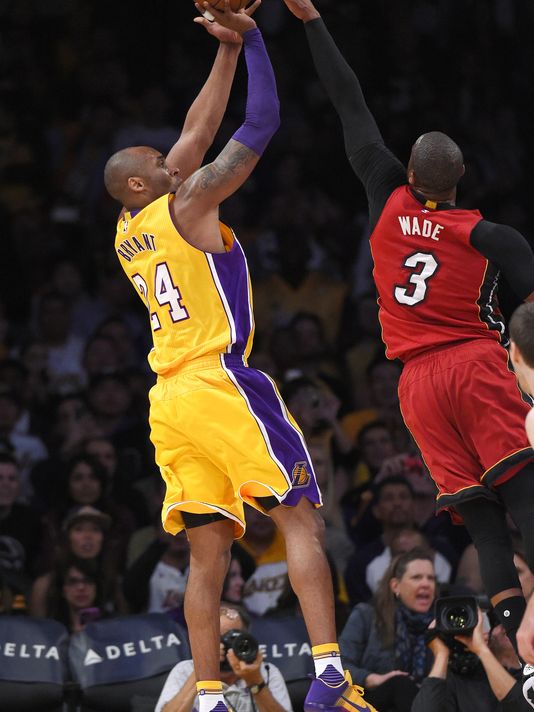 Salt Lake City: Stephen Curry scored 31 points, including six straight in overtime as the Golden State Warriors continued their historic run with a 103-96 victory over the Utah Jazz on Wednesday night.

The Warriors (68-7) surpassed last season's victory total and can break the 1995-96 Chicago Bulls' record of 72-10 with five wins in their last seven games.

Golden State's Klay Thompson hit a tying 3-pointer with 15 seconds remaining in regulation after an offensive rebound and kick-out from Shaun Livingston after Thompson missed the previous attempt.

The Jazz (37-38) fell into a tie with Houston for the No. 7 slot in the Western Conference playoff race.

Curry had seven rebounds and four assists, while Thompson finished with 18 points.

San Antonio: Manu Ginobili scored 20 points as the Spurs beat the injury-depleted Pelicans for their NBA-record 38th straight home victory to open a season. San Antonio topped the 37-0 start by the Chicago Bulls during their record 72-victory season in 1995-96. Golden State has an existing 36-game home winning streak to open the season, giving the Warriors a chance to end up with the record.

San Antonio's Kawhi Leonard had 16 points in his return from a three-game absence, showing no discomfort after bruising his right quadriceps last Wednesday.

Alexis Ajinca had 18 points for New Orleans, which was without nine players due to injury. Jordan Hamilton added 14 points in his first start in his third game with the team.

DeRozan added six assists and five rebounds while Kyle Lowry finished with 17 points, 11 assists and six rebounds as the Raptors (50-24) won for just the second time in five games.

Jeff Teague had 18 points for the Hawks (45-31), who had won four in a row. Tim Hardaway Jr. added 15 points and Paul Millsap had seven points and nine rebounds.

Los Angeles: Julius Randle hit a tiebreaking hook shot in the paint with 1.9 seconds left in overtime as Los Angeles rallied late in a tumultuous day to beat Miami.

Jordan Clarkson scored six of his 26 points in overtime for the Lakers, who ended a four-game losing streak with just their 16th win of the season.

Los Angeles hung on when Joe Johnson missed a 3-pointer at the buzzer for the Heat, who had won four of five.

D'Angelo Russell scored five of his 16 points in overtime after receiving light boos from Lakers fans at several points early in the night. The rookie guard apologised profusely before the game for recording an unflattering video of teammate Nick Young.

Memphis: Will Barton scored 25 points and Emmanuel Mudiay had 17 as the Nuggets beat the reeling Grizzlies.

Barton split a pair of free-throw attempts with 3.2 seconds left to help Denver hold on after Memphis pulled within three.

The Grizzlies (41-34) have lost four in a row. Their advantage over Portland for the fifth seed in the Western Conference is down to two games.

The Wizards dropped their second straight and fourth in five games, falling 3 1/2 games behind Indiana for the eighth and final playoff berth in the Eastern Conference.

Rudy Gay and Omri Casspi scored 15 points apiece for the Kings and Rajon Rondo had 15 points and 11 assists before he was ejected after getting a double technical in the closing seconds of the game.

Minneapolis: Chris Paul had 20 points, 16 assists and eight rebounds in leading the Clippers to their fourth straight victory.

J.J. Redick scored 17 points for Los Angeles and DeAndre Jordan had 11 points, eight rebounds and three blocks. The Clippers held Minnesota to 34.5 percent shooting and only turned the ball over seven times.

Karl-Anthony Towns had 16 points and 11 rebounds for the Timberwolves, who have been humming along with one of the league's best offenses since the All-Star break until they hit the Clippers wall. Andrew Wiggins had just seven points and six turnovers and left the game midway through the third quarter with a lacerated chin.

Los Angeles never trailed and led by as many as 33 early in the fourth quarter.

Dallas: J.J. Barea scored 26 points and made the go-ahead layup with 49.9 seconds left to help Dallas rally in the fourth quarter.

The Mavericks tied the Rockets for eighth place in the Western Conference.

Barea's basket put Dallas ahead 90-89 after the Mavericks trailed by seven with 8 minutes left.

Carmelo Anthony scored 31 points for New York and Derrick Williams added 15 in his third start of the season.

Milwaukee: Khris Middleton scored nine of his 26 points in the final 7:31 while Jabari Parker added 21 points as Milwaukee stopped a five-game slide.

Giannis Antetokounmpo had 10 points and six assists in the Bucks' first game since coach Jason Kidd announced Tuesday that the 6-foot-11 forward would play point guard in the 2016-17 season.

PJ Tucker had 20 points and 10 rebounds for Phoenix. Devin Booker scored 18 points, and Alex Len had 17 points and 15 rebounds.