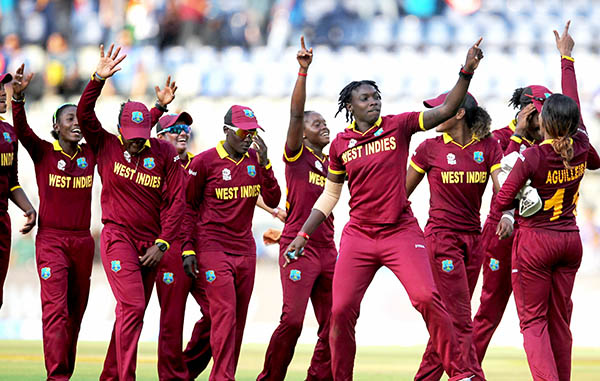 MUMBAI: West Indies women held their nerves in the death overs as they entered the final beating New Zealand by 6 runs in an exciting second semi-final of the ICC World T20 yesterday.

Chasing a decent target of 144, New Zealand appeared to be cruising along till they lost a clutch of wickets and were stopped at 137 for 8 by West Indies, who made their maiden entry into the summit clash against three-time defending champions Australia at Kolkata on April 3.

The Kiwis got off to a poor start losing opener Rachel Priest on 11 and then Sophie Devene then hit four boundaries in her quick knock of 22 off 14 deliveries before being brilliantly run out by Diandra Dottin in the seventh over.

Skipper Suzie Bates (12 off 17 balls) was out in the same over. Sara McGlashan (38 off 30 balls) and Amy Satterthwaite (24 runs off 29 balls) then rallied the innings and tried to take the Kiwi side home but both these players departed in successive balls in the 17th over, paving the way for West Indies win.

West Indies skipper Stafanie Taylor got these two scalps as both of them under pressure tried to hit and were caught out. In the very next over, Kate Perkins fell for 2 as the Kiwi team kept on losing wickets throughout their innings.

The West Indies bowlers were disciplined and did not give any room to the Kiwi batters while their spinners also did a spending job. For West Indies, Taylor took 3 wickets, while Connell, Afy Fletcher and S Quintyne took a wicket each and two run-outs in the innings.

Earlier put into bat, half century by Britney Cooper, who cracked 61 in 48 balls, powered the West Indies women to a decent 143 for six.