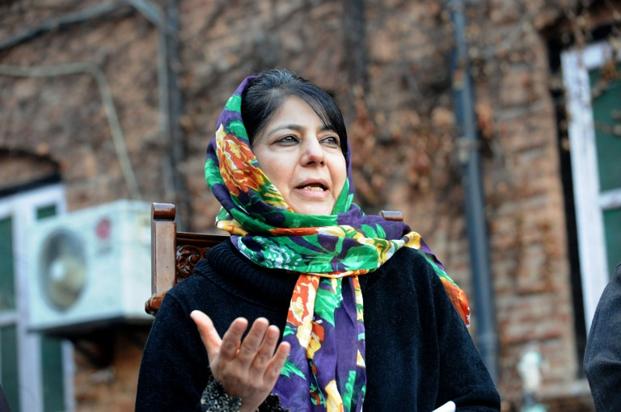 Srinagar: PDP President Mehbooba Mufti will be sworn in as the first woman Chief Minister of Jammu and Kashmir on April 4, a party leader said today.

"Mehbooba Mufti sahiba will be sworn in as Chief Minister of J-K on April 4," PDP leader Amitabh Mattoo said here.

Mattoo, who worked as an advisor to former chief minister Mufti Mohammad Sayeed, expressed the hope that 56-year-old Mehbooba would usher in a new era of peace and prosperity in the region.

Meanwhile, sources in PDP and its alliance partner BJP said they have also conveyed the mutually agreed date for the swearing-in ceremony to state Governor N. N. Vohra.

The date for the oath ceremony of the new cabinet was decided after deliberations between the leadership of both the parties, they said.

Asked whether there were any differences between the coalition partners which led to delay in the swearing-in ceremony, the sources said there were no differences but deliberations between alliance partners happen and they take time.

PDP and BJP had staked claim for government formation on March 26, two days after Mehbooba was elected as PDP's legislature party leader.

She had been seeking assurances from the central government on implementation of Agenda of Alliance, Common Minimum Programme (CMP) framed by the two parties last year.

However, her meeting with Prime Minister Narendra Modi on March 22 ended the over two-months-long deadlock on government formation in the state.

Mehbooba had described her meeting with the PM as positive, saying she was satisfied.