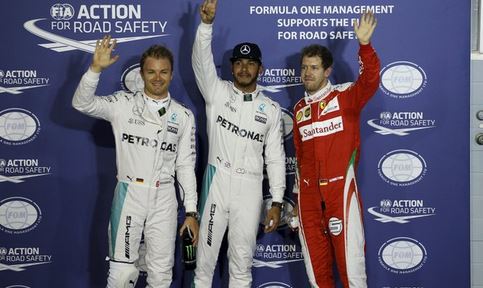 The Briton's best lap of one minute 29.493 seconds was the fastest ever at the Sakhir track.

Ferrari's Sebastian Vettel and Kimi Raikkonen qualified third and fourth for the second race of the season.

The much-criticised new qualifying format was again in the spotlight, still underwhelming if marginally more exciting than the disappointing debut at the Australian season-opener two weeks earlier.