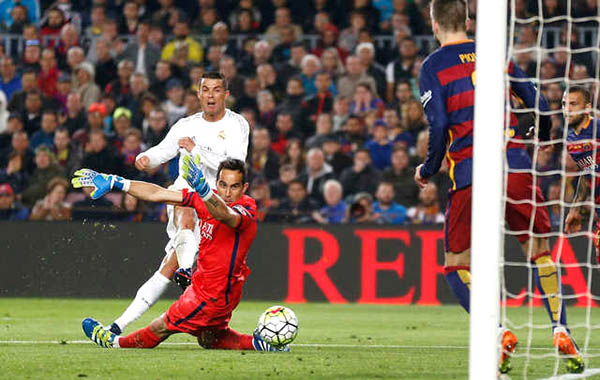 Victory reduces Barca’s lead over third-placed Madrid to seven points with seven games remaining, but Atletico Madrid closed the gap on the leaders to six points with a 5-1 thrashing of Real Betis earlier yesterday.

There was an emotive homage to Cruyff before kick-off with over 90,000 fans holding up a display reading “Thank you Johan” alongside a Barca jersey with the number 14 the Dutch great adorned during his playing career.

Madrid grew into the game as the first-half progressed and finally threatened the Barca goal when Ronaldo’s shot was beaten away by Claudio Bravo before Gareth Bale blazed a volley over from a narrow angle.