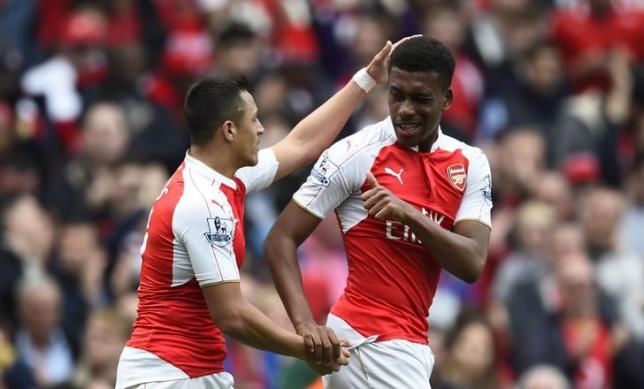 Arsenal manager Arsene Wenger is convinced he has "something special" in Alex Iwobi, after the Nigerian teenager scored his second Premier League goal for the club in Saturday's 4-0 dismantling of Watford.

Iwobi, who had netted his first senior goal against Everton on March 19, slotted home an Alexis Sanchez assist to double his tally against Watford, earning a standing ovation from the fans and praise from his manager.

"These people have seen many good players over the years and they know straight away when a player has something special, so they acknowledge that," Wenger told the club's website (www.arsenalfc.com).

"He's worked with us since the start of the season and he has grown, gained confidence and when he came in he had an impact straight away. I didn't expect that level of efficiency or impact on the scoresheet."

The win against Watford narrowed the gap between Arsenal in third and Tottenham Hotspur in second to four points and Wenger insisted the title was not out of reach, despite his team trailing leaders Leicester City by 11 points.

"Now we have to find the right mixture between belief and being realistic, focusing on the next game, focusing on the process, and adding that belief. We can still challenge for the title," he said.