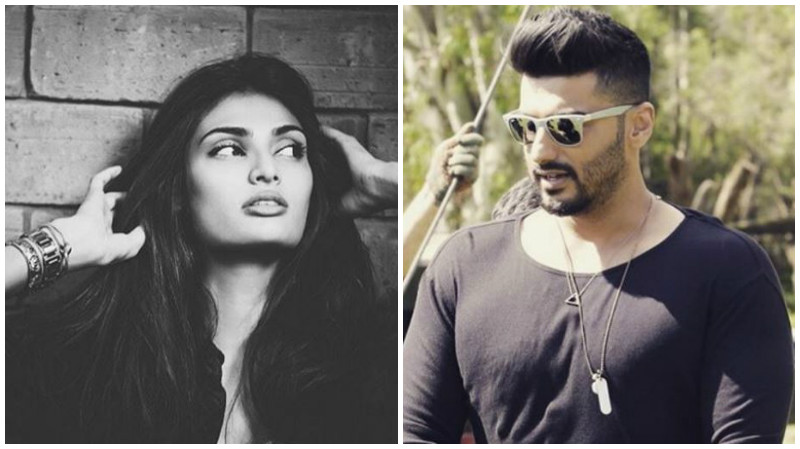 Mumbai: Rubbishing reports of his link-up with actress Athiya Shetty, actor Arjun Kapoor says it is embarrassing to hear such things.

Arjun has been linked-up to many actresses rumours and this time he is linked to Suniel Shetty's daughter Athiya.

"She (Athiya) is my sister's friend. People forget that you can have friends in the industry and that it is a normal thing. I have known her for many years. I don't understand why there is (a) sudden speculation," Arjun told PTI.

"But it is embarrassing to get linked to someone you have known for a long time. She (Athiya) is a sweet girl," the 'Tevar' actor added.

The 30-year-old actor said he has become used to such gossips.

"Media saw us (Athiya and I) together at a party so it all started (dating rumours). It is part and parcel of the film industry. The speculation is normal. I am getting used to it as that it is how things happen," Arjun adds.

According to the ‘Gunday’ star, such gossip stories that make headlines doesn't affect relationship with the said person.

"It doesn't spoil relationship as we know the truth.

Media gets paid to write it and it is normal and it is their job. It doesn't affect our personal relationship just because something is written in papers. It is fickle if you get affected by a third person writing about it," he added.

B-town seems to be going through bad times as there are several relationships which are falling apart.

Ask the ‘Ishaqzaade’ star about the break-ups in Bollywood, he says, "I am no relationship expert. I am not good with relationships so I should be the last person to be asked such things."

Arjun thinks it is unfair to comment on someone else's personal life.

"It is unfair to say anything on what went wrong between two people (as) it is a private matter. We should respect the privacy of people. It is demeaning to talk about their life," he added.

Currently, Arjun is happy about the box office success of his recently released film ‘Ki & Ka’.