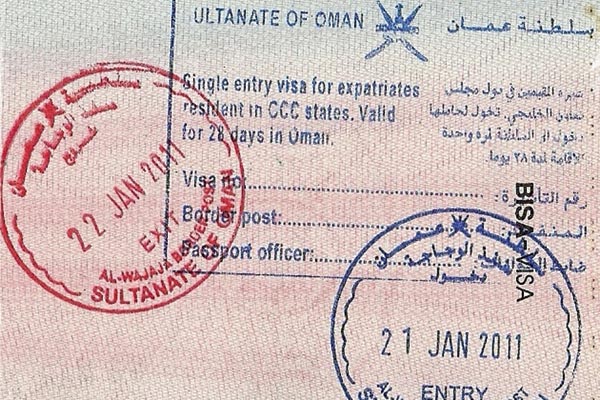 Muscat: As Oman is considering a proposal to levy a fee of 3 per cent of gross salary every month for two years for visa renewal of expatriates, renewal of expatriates’ family joining visa, housemaid visa and drivers’ visa at households have not been included in the proposal, said a Majlis Al Shura member.

“The proposal is to revise renewal fee only for job visas. However, family joining visas, housemaid visas and household drivers’ visas have not been included,” Times of Oman quoted Tawfiq Al Lawati, the Majlis Al Shura member as saying.

The proposal aims at fair practice in fee collection and revenue generation for government, which is struggling due to ever declining global oil prices.

“A proposal to revise the visa renewal fee for expatriates has been submitted. Instead of collecting only OMR200 from expatriates every two year for visa renewal, the proposal is that, the government should go for collecting three per cent of gross salary every month for two years at the time of visa renewal,” said Tawfiq Al Lawati.

“If we calculate an expatriate’s monthly gross salary as OMR1,000, then his two year salary will be OMR24,000. So, three per cent of it will be OMR720. According to the new proposal, he has to pay OMR720. Meanwhile, an expatriate drawing OMR100 should have to pay only OMR72, instead of the present OMR200. At present, those drawing OMR100 and OMR1,000 monthly gross salary are only paying OMR200 for visa renewal, which is unfair. The move can bring in fair practice and also generate more revenue for the government,” the Shura member added.

An Indian expatriate said that this would eventually affect expatriate workers in Oman.