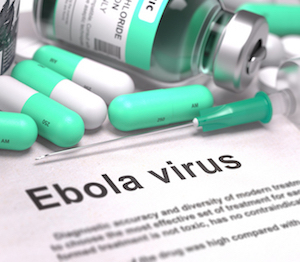 The World Health Organisation has vaccinated 1,000 people in Guinea in light of the country's recent Ebola outbreak.

A new outbreak of Ebola in rural Guinea has claimed another victim, health authorities said, as experts work to establish whether a cluster of deaths there is linked to two other cases in Liberia.

"We have eight deaths out of nine confirmed cases. The last fatality dates back to Sunday," said Ibrahima Sylla, spokesman for Guinea's Ebola response unit.

Sylla said the victim – a woman – died at an Ebola treatment centre in the city of Nzerekore, where a handful of other patients have been cared for in recent weeks following a spate of cases among a family near the border with Liberia.

"There is just one confirmed case still receiving treatment at the centre," he added.

The World Health Organisation (WHO) confirmed the new tolls and said it would look into links between the cases in Nzerekore and a woman who crossed the border from Guinea into Liberia, when it was briefly closed, before dying of the virus in Liberia's capital Monrovia.

The victim's husband had died of Ebola in Guinea, after which she left the country with her children, the world health body said.

One of her children has tested positive for the virus while two others are being monitored, along with her sister.

"Now the investigation is going to determine whether there is a link between those two flare-ups. It is understood that there is a person who was travelling from Guinea to Liberia who was tested positive," said WHO spokesman Tarik Jasarevic in Geneva.

The WHO has said Ebola no longer constitutes an international emergency, but the announcement of new cases in west Africa has demonstrated the difficulty of managing the aftermath of the virus.

Jasarevic said a vaccination campaign was well underway in the area of Guinea where the new cases were registered, while monitoring of those in contact with the dead woman in Liberia was also a priority.

"In Guinea, already 1,200 people have been vaccinated. Right now the work is ongoing in Liberia to monitor 90 so-far-identified contacts, and there is also a plan to vaccinate them," the WHO spokesman said.

The Ebola epidemic was declared over in Guinea and Liberia months ago, though a significant number of deaths are believed to have gone unreported and "flare-ups" relating to the persistence of the virus in survivors' bodies pose ongoing challenges.

The WHO will hold a meeting this week with Liberian and Guinean authorities to work on cross-border surveillance, Jasarevic said.

The deadliest period in the history of the feared tropical virus wrecked the economies and health systems of the three worst-hit west African nations – Sierra Leone, Guinea and Liberia – after it emerged in December 2013.