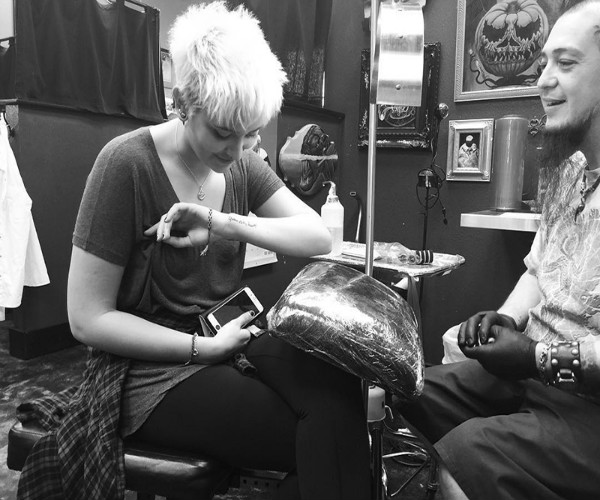 The late Michael Jackson’s only daughter, Paris celebrated her 18th birthday by honoring her late father with a new tattoo.

The 18-year-old shared her latest body ink on Instagram Tuesday, posting a photo of her wrist that featured the words "Queen of My Heart" in Michael's handwriting.

"To everyone else he was the King of Pop. To me, well, he was the king of my heart," Jackson captioned her black and white picture.

Three years after her father's death, the King of Pop's middle child, then 14, tweeted she wanted to get a tattoo in her father's memory. "I kinda want to get August XXIX tatted on my back." Michael was born on Aug. 29, 1958.

The tattoo artist, Lewis wrote on his Instagram "Paris Michael Jackson got her tattoo today, letters from her father, so sweet," along with a photo of the star showing off her tattoo.

This June will mark the seventh anniversary since Michael's death. The fan-beloved singer died of a propofol overdose at age 50.