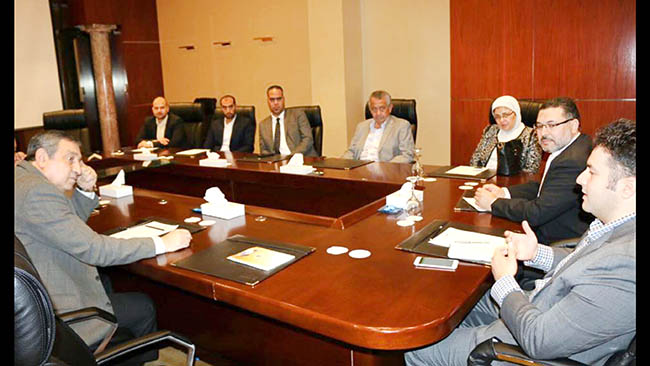 Mr Sharaf, left, meeting Egyptians living in Bahrain during his visit
SECURITY intelligence being shared between Arab states is essential in combating “the dismantling of the Middle East”, which Egypt’s former prime minister says is systematically being carried out through sectarian conflicts.  Essam Sharaf said the region was witnessing fourth-generation warfare (4GW) that aimed to restructure the Middle East by pitting Sunnis and Shi’ites against each other .