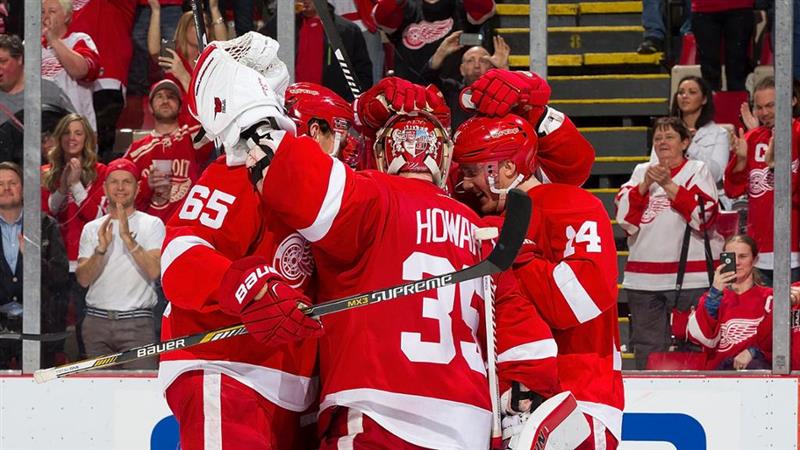 Jimmy Howard made 30 saves for the shutout, and the Detroit Red Wings beat the Philadelphia Flyers 3-0 Wednesday to move closer to their 25th consecutive Stanley Cup playoff appearance.

In the house that Wayne Gretzky built, Leon Draisaitl provided the exclamation point.

Draisaitl's third-period, power-play goal, scored at 18:03, went down as the final goal scored in the history of Rexall Place. The Oilers beat the Canucks 6-2 in the last game ever played at the 42-year-old arena.

Brandon Dubinsky scored two goals, including the go-ahead marker late in the second period, and Columbus went on to defeat Toronto.