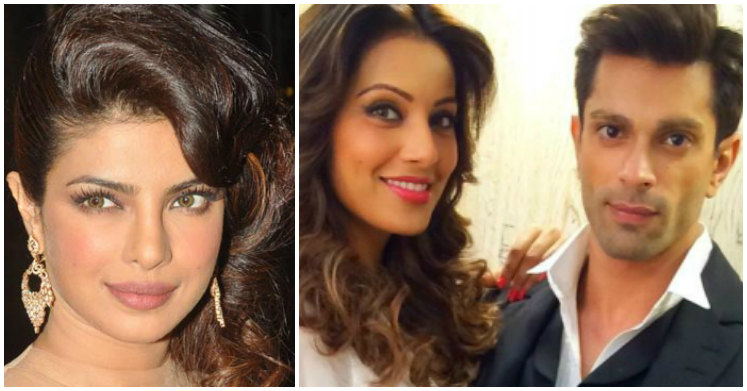 Priyanka Chopra, left, has confirmed that the couple, right, is indeed tying the knot soon.

Mumbai: Bipasha Basu and her beau Karan Singh Grover may have kept mum about their upcoming wedding but the actress' friend Bollywood star Priyanka Chopra seems to have confirmed that the couple is indeed tying the knot soon.

There were rumours that the pair, who have been dating for more than a year now, are getting married at the end of this month but they haven't confirmed the impending nuptials.

Extending her best wishes to the couple, Priyanka took to her Twitter page and wrote, "I'm truly so happy for my friend @bipsluvurself and her handsome bridegroom to be @Iamksgofficial You're a golden heart...you deserve so much and more."

While Priyanka and Bipasha, 37, have shared screen space in 2005 film 'Barsaat', the 'Quantico' actress hosted the third season of celebrity stunt-based show 'Khatron Ke Khiladi' where Karan was a participant.

Bipasha and Karan, 34, began dating after starring alongside each other in the 2015 horror film 'Alone'.

While this would be the actress' first marriage, Karan was previously married to TV stars Shraddha Nigam and Jennifer Winget.